Toward a Science of Consciousness

10-Dec-2013 11:00 AM EST, by Center for Consciousness Studies, University of Arizona
favorite_border 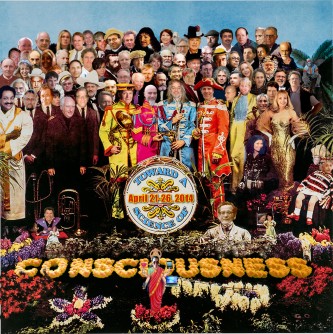 Toward a Science of Consciousness 2014The 20th Anniversary Conference April 21-26, 2014Marriott University Park, Tucson, ArizonaSponsored by the Center for Consciousness Studiesat the University of Arizona

Newswise — Toward a Science of Consciousness is a rigorous interdisciplinary conference covering neuroscience, psychology, philosophy, cognitive science, artificial intelligence, molecular biology, medicine, quantum physics, cosmology, art, technology, and experiential and contemplative approaches to the understanding of consciousness. This 20th anniversary conference will reflect on progress, challenges and future directions from an estimated 800 participants from over 60 countries. Program sessions will include plenary and keynote talks and panels, concurrent talks, posters, art/science demos and exhibits, pre-conference workshops, side trips, and social events in the Tucson tradition.

The Plenary and full program will be announced in January, 2014.

Bhaumik Prize:The first ‘Bhaumik Prize in Consciousness Studies’ will be awarded for significant research toward understanding consciousness. The award in the amount of 10,000 dollars will be presented at the conference by Dr. Mani Bhaumik. Conference Sponsorships:Bhaumik FoundationThe Chopra Foundation

Sleights of Mind: The Illusory Nature of Perception and DeceptionStephen L. Macknik...how our brain constructs - rather than reconstructs - the world we see, featuring exciting, novel illusions by the best magicians of the new millennium.

Toward a Standardized Curriculum of Consciousness StudiesLeslie Combs, Jeffery Martin (and others TBA)...how to build, and receive institutional approval for college and graduate level courses for a well-rounded course in consciousness studies

From Phenomenology to Consciousness and Back:Integrated Information Theory (IIT) 3.0Giulio Tononi...IIT is based on phenomenological axioms and ontological postulates (information, integration, exclusion, and compositionality) in which an experience is an irreducible conceptual structure, allowing quantified levels of consciousness in wakefulness, sleep,anesthesia, and disorders of consciousness

The Healthy Human Mind, Tibetan Lamas and The Science of the Stream of ConsciousnessHenry Vyner...22 years of research and free healthcare amongst Tibetan lamas in South and Central Asia indicate that the egoless mind is far healthier than the egocentric mind, and generate a descriptive taxonomy of both the egocentric and egoless stream of consciousness.

Expanded States Through Shamanic WisdomFrancoise Bourzat...while Western Psychology addresses dysfunction by strengthening the ego and addressing psycho-emotional trauma, Shamanic methods seek to unlock the unlimited potential of the psyche with expanded states of consciousness based on preparation and integration

Theatre, Literature and ConsciousnessDaniel Meyer-Dinkgräfe, Harry Youtt...the experience of theatre and literature, encompassing both creative and receptive processes, can be better understood on the basis of consciousness studies. Conversely, subjective experience at the core of theatre and literature can provide insights in first-person approaches.

Mt. Lemmon-Sabino Canyon, The Santa Catalina Mts., and a Nature Walk 1:00-6:00 pm10,000 Ft. above the desert floor, 5 climactic zones, and 30 degrees cooler, lies Mt. Lemmon. Our trip up the Hitchcock Highway is like traveling from central Mexico to Alaska. Desert scrubs plants to tall ponderosa pines. A nature walk follows our journey up the mountain. There is a mountain top community and a few shops

Desert Jeep Adventure 1:00 - 5:30 pmThe four wheeled open air jeep tour will lead you through some of the most beautiful and rugged desert wilderness surrounding Tucson. Your driver/guide will share with you all of the history and narrate thru the cactus forests, canyons, washes and mountains that surround the trail.

Abstract Submission DeadlinesFinal Abstracts are due no later than December 20th for Plenary ConsiderationAll others by December 31 (Notifications by January 15)General Conference Registration:Early registration by February 2)

VenueFor the first time, Toward a Science of Consciousness will be held at the Marriott University Park Hotel, steps from the Main Gate of the beautiful campus of the University of Arizona, near shops, restaurants and pubs on University Boulevard. A special conference hotel rate of $109 has been arranged and this rate is extended for 2-3 days pre/post conference start/finish dates. See Links below.

Toward a Science of Consciousness (TSC) is presented by the Center for Consciousness Studies (CCS) at the University of Arizona, and alternates yearly between Tucson, Ariz. (even-numbered years) and various locations around the world (odd-numbered years) in cooperation with partner organizations and institutions. Overseas TSC Conferences have been held in: 1995 Ischia, Italy; 1997, Elsinore, Denmark; 1999, Tokyo, Japan; 2001, Skovde, Sweden; 2003, Prague, Czech Republic; 2005, Copenhagen, Denmark; 2007, Budapest, Hungary; 2009, Hong Kong, China; 2011, Stockholm, Sweden; 2013, Agra, India. The 2015 TSC will take place in Helsinki, Finland.