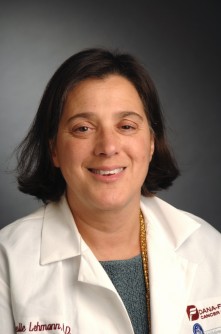 Newswise — MIAMI – The stem cell transplant regimen that was commonly used in the United States to treat advanced neuroblastoma in children appears to be more toxic than the equally effective regimen employed in Europe and Egypt, according to a new study to be presented at the 26th annual meeting of the American Society of Pediatric Hematology Oncology in Miami April 24-27. The U.S. regimen was associated with more acute toxicity to the kidneys and liver.

This and other research informed the recent decision of the Children’s Oncology Group (COG) to switch to the busulfan-based regimen used for years in Europe and Egypt, said senior author Leslie E. Lehmann, MD, clinical director of pediatric stem cell transplantation at Dana-Farber/Children’s Hospital Cancer Center (DF/CHCC) in Boston.

Both approaches to high-risk neuroblastoma employ high doses of chemotherapy to eradicate cancer cells followed by infusion of the patient’s previously collected stem cells to allow the patient to recover more quickly and safely. Since 2007, physicians at DF/CHCC and others in the Children’s Oncology Group had been using a combination of high-dose carboplatin, etoposide, and melphalan to prepare patients for transplant, said Lehmann. European centers have preferred busulfan and melphalan over the platinum-based regimen.

“We have had a long-standing collaboration with Children’s Cancer Hospital Egypt in Cairo, which is under the leadership of senior author Dr. Alaa Elhaddad,” Lehmann said. “We decided to compare the toxicities in patients who received care that was very similar except for the drugs used in the preparative regimen.

“We found there was no difference in survival, but our regimen was associated with more liver and kidney toxicity and more bloodstream infections,” she noted. “This was very useful information as COG contemplated switching to the European approach.”

In addition to the idea of using toxicity data to choose between approaches of similar efficacy, Lehmann noted, “This study demonstrates you can have true collaboration between transplant centers located in very different parts of the world.”

First author of the study is Yasser Elborai, MD, of the Children’s Cancer Hospital Egypt.

DF/CHCC used no outside funding for its research for this study.

Boston Children’s is also the site of DF/CHCC inpatient clinical translational research in pediatric malignancies and has long supported the operation of an effective and productive stem cell transplant service. It has a long history of investment in and support of both clinical and basic cancer research, with more than $7.3 million in National Cancer Institute research support and 47,000 square feet of space devoted to cancer research. It is a recognized center of excellence in angiogenesis, cellular/molecular immunology, cancer genetics, and molecular signaling research. # # #