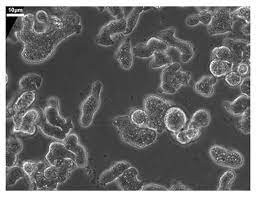 Entamoeba histolytica is a parasitic disease affecting up to 50 million people and killing more than 50,000 people each year worldwide. The standard of care is a drug called Metronidazole/Flagyl, but it is far from ideal — therapy requires three doses per day, causes adverse side effects and fails to suppress the E. histolytica cyst stage, leading to further spread of the disease. Researchers at Skaggs School of Pharmacy and Pharmaceutical Science at UC San Diego and Stanford University are now repurposing existing, FDA-approved cancer drugs to treat this infection. Using a concept known as projected multi-target pharmacology, they identified six existing drugs that are not only more potent against E. histolytica than Flagyl, but also kill the parasite’s cysts. The new study was published in PLoS Neglected Tropical Diseases.