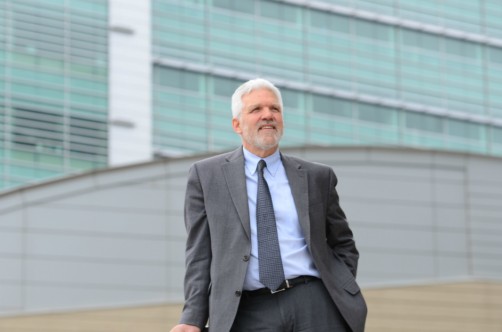 “This is a significant finding because it shows that women are able to lose weight after breast cancer treatment and this may lead to reduced risk of recurrence,” says Tim Byers, MD, MPH, associate director for cancer prevention and control at the University of Colorado Cancer Center, and one of the study’s authors.

“I think these findings show that we should now move forward with a larger study,” says Byers. “If we can prove that intentional weight loss reduces breast cancer recurrence I believe weight control will become a routine part of oncology care.”

“The study was a randomized control trial in which half of the participants took part in lifestyle interventions. The goal was to lose seven percent of their body weight and maintain it for two years,” says Rebecca Sedjo, PhD, assistant researcher professor at CU Cancer Center, and collaborator in the trial. In the first 12 months the average weight loss for the intervention group was six percent of their body weight.

In order to make lifestyle changes the women in the intervention group attended motivational meetings that focused on increasing physical activity and decreasing caloric intake. The meetings tapered off from once a week to once a month in the first year. In the second year, newsletters were sent to participants to encourage continued weight control.

“We don’t need to focus on getting to the ‘ideal’ body type, whatever that may be,” says Byers. “If we can prove that modest weight loss improves the chance of better outcomes after breast cancer we need to encourage and support that.”