Trump Budget Could Be a Climate Cooker 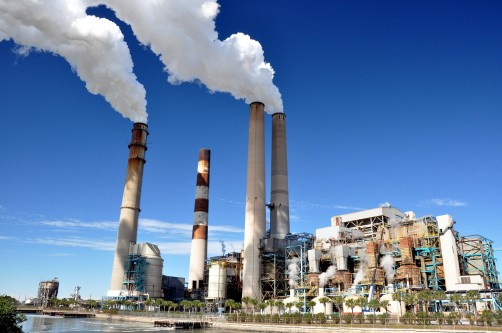 Newswise — A new white paper estimates the climate impacts of the budget request President Trump is expected to make on Tuesday, May 23.

The study, by a team of University of Vermont graduate students, looks at greenhouse gas (GHG) emissions that result from federal spending – a modest but important part of the United States’ overall carbon footprint.Analyzing the Trump Administration’s general Budget Blueprint released in March, the researchers found that the changes in federal spending would produce 1.8 million metric tons of additional carbon dioxide-equivalent emissions in 2018 alone.

“These emissions increases can seem small only because the U.S. has an enormous carbon footprint – but they are significant,” says Sam Bliss, a PhD student at UVM’s Gund Institute for Environment and Rubenstein School of Environment and Natural Resources. “1.8 million trips across the country is 1 out of every 200 Americans getting in their vehicle right now and motoring coast to coast. It’s not trivial.”

The paper focuses exclusively on GHG impacts related to government spending, growing out of a class assignment on the direct and indirect effects of spending decisions.

It did not investigate the effects of President Trump’s proposed policies, such as leaving the Paris Agreement, scrapping the Clean Power Plan, or facilitating coal extraction on federal land, which would result in even greater emissions increases, researchers say.

“Policy changes are often discussed in terms of GHG emissions, but the climate impacts of government spending are rarely considered,” says Alison Adams, who co-authored the paper with fellow graduate students Bliss, Kelly Hamshaw and Svenja Telle. “That’s what we wanted to explore.”

“Together, the Trump Administration’s proposed changes to the federal budget and to environmental policies present a big threat to global climate,” Bliss says. For example, the proposed dismantling of the Clean Power Plan, which seeks to reduce electricity sector emissions by roughly 30 percent, would have significant climate impacts, he says. Power plants currently account for approximately 40 percent of the United States’ emissions.

To limit global warming to 2°C, the Paris Agreement states that global emissions must decrease by as much as 39 percent from 2010 levels by 2030.

The white paper results from the Economics for the Anthropocene (E4A) program, a graduate research and training partnership between the University of Vermont, McGill University, and York University.