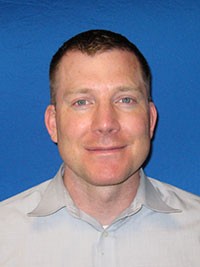 Newswise — AMES, Iowa – The qualities that many voters dislike about Donald Trump are the characteristics that his supporters value most, said Richard Benjamin Crosby, an associate professor of English and rhetoric at Iowa State University. Crosby is available for interviews and to analyze Trump’s speech at the Republican National Convention.

This speech will be the first time many voters see and hear directly from Trump, rather than reading a headline about something he did. It will be important for Trump to stay true to his base of supporters, while also appealing to a broader audience, Crosby said. The question will be whether Trump can use the speech to gain the support of other voters who are fed up with politics as usual.

“Trump voters love his disregard for the feelings of certain demographic groups. They love his brash self-promotion. Above all, they love the way he explodes the polite conventions of political discourse. So Trump cannot make major changes to his image without alienating some of his base,” he said.

“Rather than persuade undecided voters he can fit the mold of a more toned down, ‘presidential’ politician, he needs to convince them it's time for a new mold. One way he might do this is to capitalize on the increasing dangers of Islamic fundamentalist terrorism. With the right approach, his undiplomatic, strongman style could appeal to the fears of general election voters.”

Trump has offered little substance and detail on policy throughout his campaign so far, and Crosby does not see a compelling reason for Trump to change now. One takeaway from the primary elections is that voters from both parties “need a candidate whose rhetoric speaks to them at a gut level,” Crosby said.

To arrange an interview, you can contact Crosby at 515-294-0309 or rbcrosby@iastate.edu. Angie Hunt in the ISU News Service office, 515-294-8986 or amhunt@iastate.edu, can also assist with interview requests. Iowa State University News Service has a fully equipped, digital broadcast studio, available for live video interviews to broadcast networks.