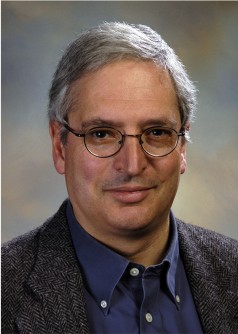 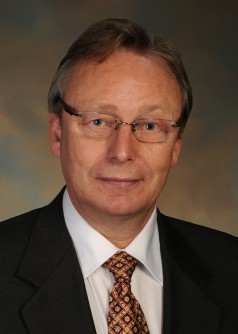 Newswise — February 21, 2017 – Results from a new Phase 3 study conducted by the Celgene Corporation demonstrate that ozanimod, a drug candidate originally discovered and optimized at The Scripps Research Institute (TSRI), can reduce the frequency of multiple sclerosis relapse.

Relapsing multiple sclerosis is a form of the disease where patients experience a periodic worsening of symptoms. Sensory and motor loss of function leads to increased disability, and patients can need a cane or wheelchair. A signature of the disease is the appearance of lesions in the brain, which are linked to inflammation and can show up through MRI detection during active periods of multiple sclerosis relapse.

Ozanimod, discovered by TSRI Professors Hugh Rosen and Ed Roberts and their laboratories, acts as a sphingosine 1-phosphate 1 (S1PR1) receptor agonist—modulating S1PR1 signaling and blocking sources of inflammation. Rosen and Roberts went on to co-found Receptos, a clinical stage biopharmaceutical company that took ozanimod into Phase 1, 2 and 3 clinical trials and was then acquired by Celgene. Ozanimod is the first New Chemical Entity discovered from a starting point in the NIH Common Fund Molecular Libraries Initiative to reach and succeed in advanced clinical studies.

Administered at doses of both 1 mg and 0.5 mg, ozanimod demonstrated statistically significant and clinically meaningful improvements, compared to Avonex®, for the primary endpoint of ARR and the measured secondary endpoints of the number of MRI-detected lesions and the number of new or enlarging “T2” MRI lesions at after a year of treatment.

“It is exciting and rewarding to see the results of this new Phase 3 trial, which confirm the safety profile from the two-year extension data from the Phase 2 RADIANCE study and underscore ozanimod’s efficacy in reducing the burden of MS symptoms on patients and their families,” said Rosen. “We look forward to seeing the full study results, as well as the results from the Phase 3 study evaluating ozanimod in patients with ulcerative colitis.”

Scientists involved in the trial plan to present the full Phase 3 trial results at an upcoming international scientific meeting.About The Scripps Research Institute