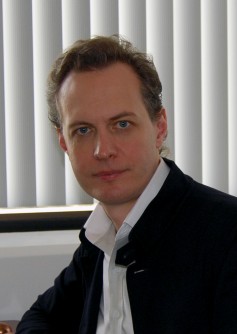 Valery Fokin, PhD, is a professor in the Department of Chemistry at The Scripps Research Institute

Newswise — La Jolla, CA – June 27, 2013 - Valery Fokin, professor in the Department of Chemistry at The Scripps Research Institute (TSRI), has been awarded a prestigious grant from the Russian government for $3.75 million over three years, with the possibility of a two-year renewal. The grant will fund the establishment of a laboratory at the Moscow Institute of Physics and Technology (MIPT).

This highly competitive program—called "mega-grants" in Russia—is aimed at recruiting the expertise of leading scientists in a variety of fields, ranging from history and archeology to industrial biotechnology, to reinvigorate Russian science. Among the 42 winners are researchers from countries including USA, Russia, Germany, Japan, France, Spain, Israel, Australia and Israel.

"Doing research on two continents is a challenging but rewarding endeavor," says Fokin. "With the support of this grant and administrations of both institutes, I am hoping that our work will benefit from synergies and will result in mutually beneficial collaborations between Scripps and Russian scientists and pharmaceutical and biotechnology companies, leading to new technologies and products in both nations."

Fokin will assemble a team of graduate students, postdoctoral fellows and staff scientists to work at the newly established laboratory on the development of new chemical transformations and their use in studies of biomarkers for the diagnosis and treatment of inflammation, cancer and immune diseases.

About MIPTThe Moscow Institute of Physics and Technology (http://www.phystech.edu) is the leading institute of higher education of the Russian Federation, training highly qualified specialists in various areas of modern science and technology. The institute has a rich history. Its founders and early staff members were Nobel Prize winners P.L Kapitsa, N.N Semenov and L.D. Landau. Nobel Prize winners are among its graduates as well. From the beginning, Moscow Institute of Physics and Technology has used a unique system for training specialists, known commonly as the “Fiztech System,” which combines fundamental education, engineering disciplines and student scientific research. Many Fiztech professors are leading scientists in Russia, among which are more than 80 academics and corresponding members of the Russian Academy of Sciences.