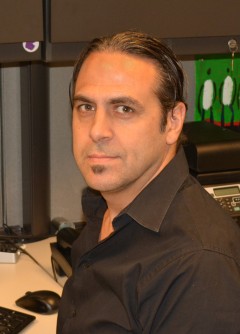 Newswise — LA JOLLA, CA—February 10, 2015—Scientists at The Scripps Research Institute (TSRI) have identified a new cellular pathway that is affected in cystinosis, a rare genetic disorder that can result in eye and kidney damage.

The findings, published recently by the journal EMBO Molecular Medicine, could eventually lead to new drug treatments for reducing or preventing the onset of renal failure in patients.

“Life expectancy for infantile and juvenile forms of the disease is only 20 to 30 years, even in treated patients,” said Sergio Catz, an associate professor at TSRI. “Clearly, there is a need for additional treatment approaches.”

Cystinosis is a so-called lysosomal storage disease, a class of genetically inherited disorders. These conditions are caused by dysfunction of lysosomes, sacs within cells that digest old or unused proteins and other macromolecules. Catz notes that lysosomes are the recycling centers of cells; when they don’t work properly, a toxic buildup of undigested material can result and eventually lead to cell degeneration.

Patients with cystinosis lack a protein called cystinosin, which is necessary for transporting the amino acid cystine out of the lysosome. Cystine accumulation leads to the formation of crystals in cells that can damage tissues and organs, especially the eyes and kidneys.

Cystinosis is normally treated with a drug called cysteamine, which reacts with cystine to form other molecules that can be moved out of the lysosome via other transporter proteins. Doctors have long noticed, however, that while cysteamine successfully reduces cystine buildup in cells, it only lessens kidney damage in some, but not all, patients. This has led researchers to suspect that the disease disrupts more than one crucial cellular pathway.

In their new study, Catz and his team set out to determine what other pathways might be affected.

The scientists began by investigating whether cystinosis might also affect the macroautophagy pathway, which are common in many lysosomal storage diseases. In macroautophagy, a double-membrane structure known as an autophagosome encapsulates trash molecules within the cell and then fuses with lysosomes for recycling. But when the team looked at mice fibroblast cells that had been genetically engineered to remove cystinosin, they found no irregularities in the macroautophagy pathway other than an increased number of autophagosomes within cells.

Next, the team turned its attention to a less-studied autophagy pathway known as chaperon-mediated autophagy. Unlike macroautophagy, this pathway targets specific proteins in the cell for recycling. Special chaperone proteins seek out proteins marked by a specific amino acid “tag” and ferry them directly to lysosomes, where they are ingested, or “translocated,” and recycled.

This time the team did find something unusual. Using high-powered microscopy, the scientists noticed that concentrations of LAMP2A, a lysosomal surface protein that interacts with chaperone proteins to facilitate the translocation of molecules across the lysosomal membrane, were down by 50 to 80 percent in cystinotic cells.

Furthermore, the few LAMP2A proteins that did exist appeared to be mislocalized, or present in places where they shouldn’t have been. In normal cells, LAMP2A is usually found close to another protein, LAMP1, but in cystinotic cells, the two proteins were segregated. Further tests revealed that the reduced LAMP2A concentrations in cystinotic cells was also partly due to the lysosomes themselves recycling the protein at a faster than normal rate.

While in normal cells LAMP2A proteins tend to clump together, or “multimerize,” Catz’s team suggested that in cystinosis cells, LAMP2A proteins were not multimerized, making them less stable and more susceptible to degradation.

Stephanie Cherqui, an assistant professor of pediatrics at the University of California, San Diego and collaborator in this study, says the new findings help explain why simply reducing lysosomal cystine is not enough to prevent cellular damage and eventually tissue failure in patients with cystinosis.

“The particular pathway identified in this study should lead to the identification of new drug targets that could be complementary to cysteamine to improve the outcome of cystinosis,” she said.

Catz and his group now plan to investigate ways of improving the function of the existing LAMP2A proteins in cystinotic cells to make them more efficient.

The first author of the paper, “Impairment of chaperone-mediated autophagy leads to selective lysosomal degradation defects in the lysosomal storage disease cystinosis,” was Gennaro Napolitano of TSRI. Other authors included Jennifer L. Johnson, Jing He and Jlenia Monfregola, also of TSRI, and Celine J. Rocca and Kersi Pestonjamasp of UC San Diego.