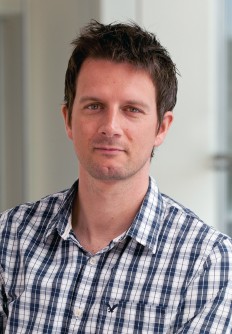 Newswise — LA JOLLA, CA – Feb. 15, 2018 – With a new $15 million grant, scientists at The Scripps Research Institute (TSRI) are gearing up for an in-depth study of survivors of viral outbreaks. The grant from the National Institutes of Health’s National Institute of Allergy and Infectious Diseases will support the efforts of the TSRI-led Center for Viral Systems Biology to fight Ebola and Lassa viruses.

“These are very severe diseases, but some people survive. So, the simple question is ‘why?’ How are some people able to fight off the disease, while others are not?” says Andersen.

To find out, the researchers will spend the next five years collecting large amounts of data from Ebola and Lassa survivors to learn how they fought off the virus.

The new study will take advantage of TSRI’s expertise in genomic analysis and data science. Andersen has previously led large-scale projects to track the geographic spread and evolution of viruses using genomic analysis, and he and his colleagues are now planning to use genomic analysis and other advanced tools, including physiological measurements, to study individual disease survivors.

“This is different from a lot of research where we are looking at the outbreaks as a whole,” says Andersen. “In this research, instead we’re zooming in on the individual patient to learn how we can best treat and prevent these diseases in the future.”

“The viral genomics community, and Kristian, in particular, has a great track record of open data and open science,” adds Andrew Su, PhD, a TSRI professor and study collaborator. “I think this consortium will demonstrate how that can be a very powerful foundation for systems biology modeling.”

Andersen says the new project builds on 10 years of highly collaborative work in Sierra Leone, West Africa, where scientists, staff and local partners have built research facilities and worked with patients. His collaborators at the Center for Viral Systems Biology (www.cvisb.org) include researchers at Kenema Government Hospital, Sierra Leone; Tulane University; the University of California, Los Angeles; the Ragon Institute; and the Massachusetts Institute of Technology.

The researchers will continue to work closely with local scientists and staff in Kenema and the Ministry of Health and Sanitation in Sierra Leone.

Andersen says focusing on capacity building and working closely with local partners as part of large-scale international collaborations “is critical for a study like this to be successful.”

“We need to be prepared to counter emerging and re-emerging viruses to save lives, possibly millions of lives,” says study collaborator Dennis Burton, PhD, professor at TSRI and scientific director of the International AIDS Vaccine Initiative (IAVI) Neutralizing Antibody Center. Burton, who also heads TSRI’s National Institutes of Health Center for HIV/AIDS Vaccine Immunology and Immunogen Discovery, adds, “This new Center for Viral Systems Biology led by Kristian Andersen at TSRI is a very important and exciting step in the right direction.”