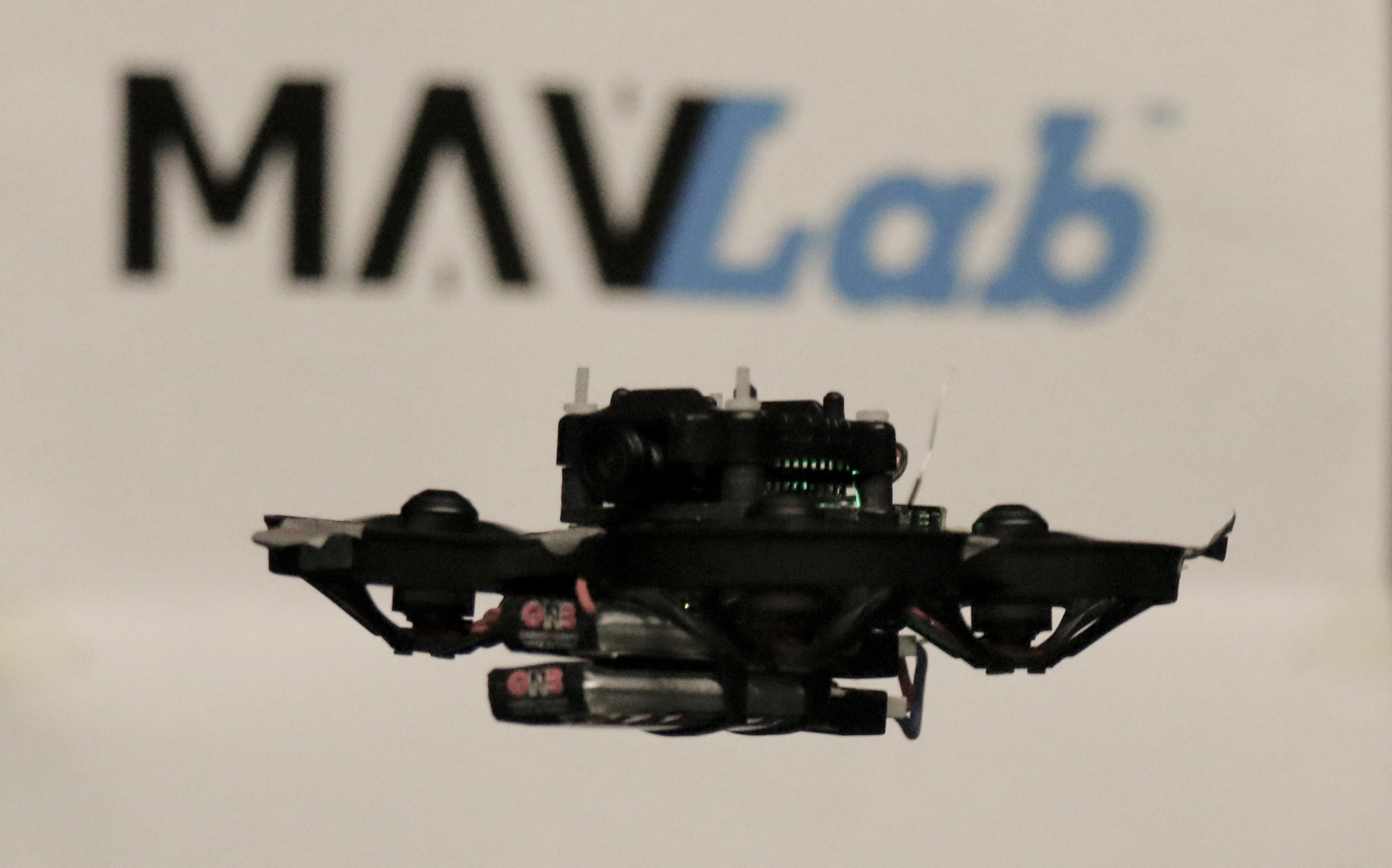 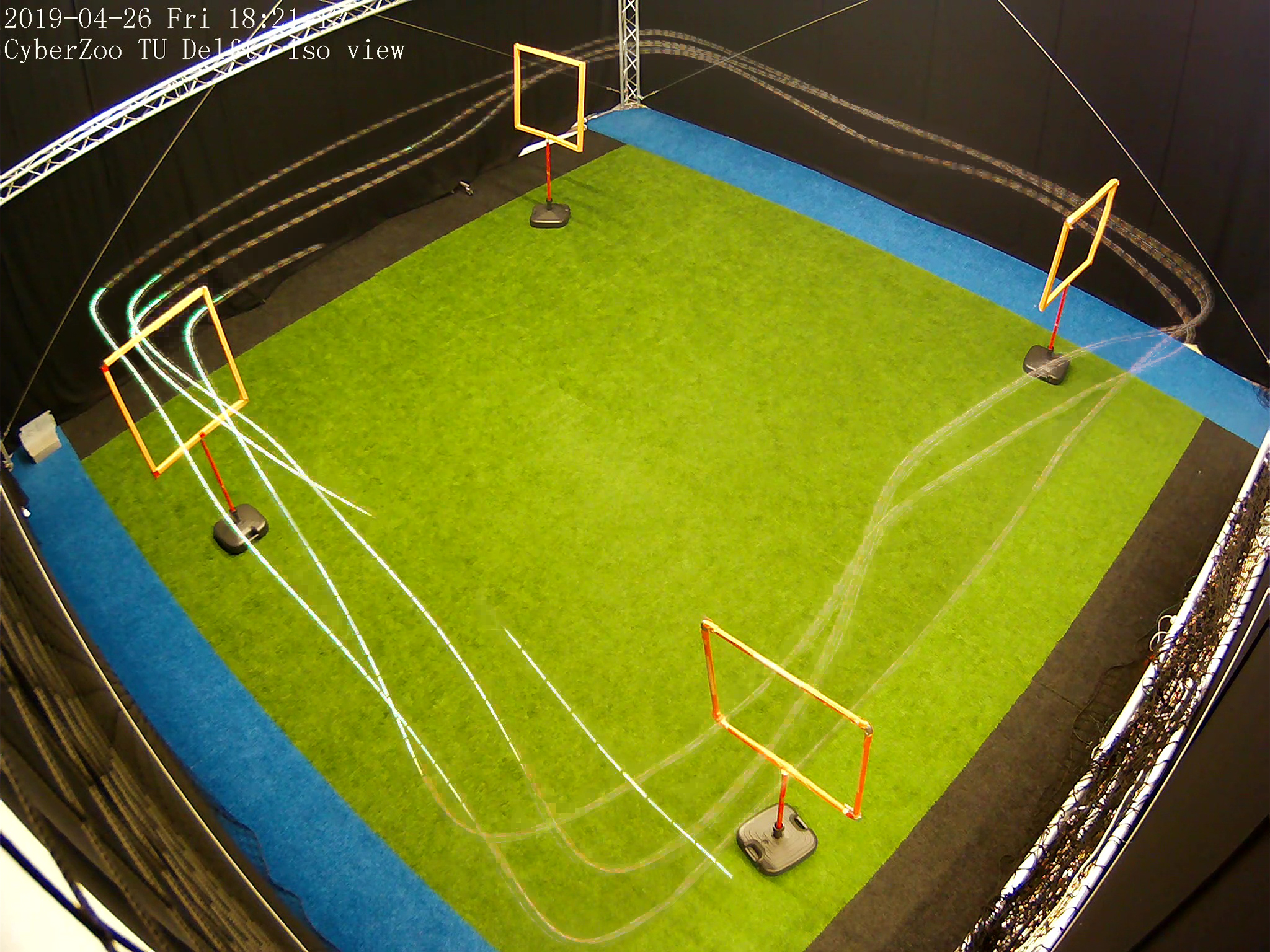 Newswise — TU Delft scientists have created the world’s smallest autonomous racing drone. The main challenge in creating the drone lies in the use of only a single, small camera and in the highly restricted amount of processing. The main innovation is the design of robust, yet extremely efficient algorithms for motion prediction and computer vision.

Autonomous drone racing
Drone racing by human pilots is becoming a major e-sport. In its wake, autonomous drone racing has become a major challenge for artificial intelligence and control. Over the years, the speed of autonomous race drones has been gradually improving, with some of the fastest drones in recent competitions now moving at 2 m/s. Most of the autonomous racing drones are equipped with high-performance processors, with multiple, high-quality cameras and sometimes even with laser scanners. This allows these drones to use state-of-the-art solutions to visual perception, like building maps of the environment or tracking accurately how the drone is moving over time. However, it also makes the drones relatively heavy and expensive.

At the Micro Air Vehicle Laboratory (MAVLab) of TU Delft, the aim is to make light-weight and cheap autonomous racing drones. Such drones could be used by many drone racing enthusiasts to train with or fly against. If the drone becomes small enough, it could even be used for racing at home.

Algorithms
The main innovation underlying this feat is the creation of extremely efficient and yet still robust algorithms. “The wireless images in human drone racing can be very noisy and sometimes not even arrive at all”, says Christophe De Wagter, founder of the MAVLab. “So, pilots rely heavily on their predictions of how the drone is going to move when they move the sticks on their remote control.”

Although the images of an autonomous drone do not have to be transmitted through the air, the interpretation of the images by small drones can sometimes be completely off. The drone can miss a gate or evaluate its position relative to the gate completely wrongly. For this reason, a prediction model is central to the approach. Since the drone has very little processing, the model only captures the essentials, such as thrust and drag forces on the drone frame.

Sensors
“When scaling down the drone and sensors, the sensor measurements deteriorate in quality, from the camera to the accelerometers”, says Shuo Li, PhD student at the MAVLab on the topic of autonomous drone racing. “Hence, the typical approach of integrating the accelerations measured by the accelerometers is hopeless. Instead, we have only used the estimated drone attitude in our predictive model. We correct the drift of this model over time by relying on the vision measurements.” A new robust state estimation filter was used to combine the noisy vision measurements in the best way with the model predictions.

Racing performance
The drone used the newly developed algorithms to race along a 4-gate race track in TU Delft’s Cyberzoo. It can fly multiple laps at an average speed of 2 m/s, which is competitive with larger, state-of-the-art autonomous racing drones. Thanks to the central role of gate detections in the drone’s algorithms, the drone can cope with displacements of the gates.

“We are currently still far from the speeds obtained by expert human drone racers. The next step will require even better predictive control, state estimation and computer vision”, says Christophe De Wagter. “Efficient algorithms to achieve these capabilities will be essential, as they will allow the drone to sense and react quickly. Moreover, small drones can choose their trajectory more freely, as the racing gates are relatively larger for them.”

Beyond racing
Although racing is a quickly growing e-sport with more and more enthusiasts involved, autonomous racing drones are useful beyond drone racing alone. “For typical drones with four rotors, flying faster also simply means that they are able to cover more area. For some applications, such as search and rescue or package delivery, being quicker will be hugely beneficial”, adds Guido de Croon, scientific leader of the MAVLab. “Our focus on light weight and cheap solutions means that such fast flight capabilities will be available to a large variety of drones.”