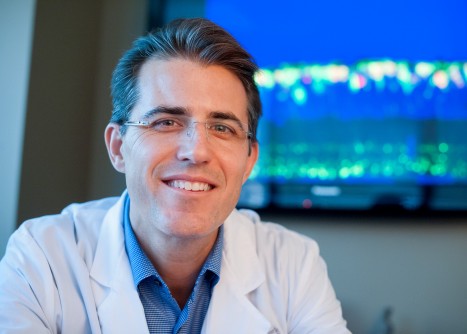 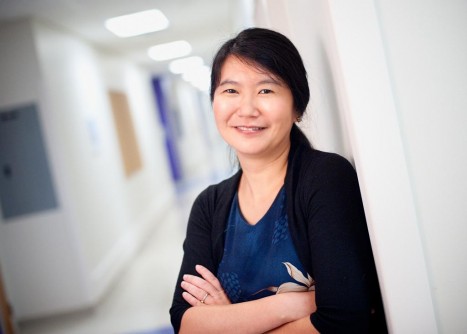 The discovery that TP53 is altered in nearly every osteosarcoma also helps to explain a long-standing paradox in osteosarcoma treatment, which is why at standard doses radiation therapy is largely ineffective against the tumor. The findings follow the first whole genome sequencing of osteosarcoma, which is diagnosed in about 400 children and adolescents annually, making it the most common pediatric bone tumor.

“Osteosarcoma treatment has remained largely unchanged for more than 20 years, and cure rates are stalled at about 70 percent. This study lays a foundation for new therapies and more immediately identifies numerous mutations in TP53 missed by previous studies that did not include whole genome sequencing,” said co-corresponding author Michael Dyer, Ph.D., a Howard Hughes Medical Institute investigator and member of the St. Jude Department of Developmental Neurobiology. Jinghui Zhang, Ph.D., member of the St. Jude Department of Computational Biology, is the other corresponding author.

TP53 carries instructions for assembling the p53 protein, which plays a role in DNA repair and cell death. Inactivation of p53 helps tumor cells survive radiation therapy. Previous studies estimated that TP53 was mutated in a quarter to half of osteosarcomas, suggesting that a significant proportion of patients with this tumor should respond to radiation. That was not the case, Dyer said.

“With whole-genome sequencing, we are gaining new insights into the way various mutations in TP53 promote the development of osteosarcomas,” said co-author Richard K. Wilson, Ph.D., director of The Genome Institute at Washington University School of Medicine in St. Louis. “This information will be very helpful in designing treatment protocols.”

The research revealed that 55 percent of TP53 mutations were caused by structural variations. These alterations occur when chromosomes break and are reassembled. Osteosarcoma is just the second cancer with TP53 mutations resulting from chromosomal rearrangements rather than point mutations, which are small changes in the DNA that makes up the gene. “This suggests that the cell that gives rise to osteosarcoma may either be particularly susceptible to chromosomal breaks or better able to tolerate breaks when they occur,” Dyer said.

In addition to TP53, sequencing showed osteosarcoma tumors were riddled with structural variations that affected numerous other cancer genes. These are genes that, when altered, are known or suspected of causing cancer. All but one of the tumors had at least one structural variation in a cancer gene. The list included recurring mutations in the genes ATRX and RB1, which are altered in other pediatric solid tumors. The suspected cancer gene DLG2 was also mutated in half of osteosarcomas.

Half the tumors also included unusually large numbers of DNA point mutations that were clustered near chromosomal breaks. This localized hypermutation, known as kataegis, was first identified in 2012 in breast cancer. The hypermutated regions identified in this study did not include TP53, ATRX or other genes frequently altered in osteosarcoma, but Dyer said the finding is another indication of the genome instability that is a hallmark of this cancer.

The study also yielded a new test to streamline identification of TP53 structural variations. The test could be used to screen for the alterations in other cancers or in tumor samples stored in tissue banks. “This test makes it possible to ask if patients with p53 structural variations have different outcomes than patients with other TP53 mutations,” Dyer said. “That would help us identify where to focus clinical research efforts.”

The test was developed by Armita Bahrami, M.D., an assistant member of the St. Jude Department of Pathology. She and Xiang Chen, Ph.D., a staff scientist in the Computational Biology department, are the paper’s co-first authors.

The study was part of the Pediatric Cancer Genome Project, which was launched in 2010 to harness advances in genome sequencing technology to improve understanding and treatment of some of the most aggressive and least understood childhood cancers. Since then, the project has sequenced the complete normal and tumor genomes of 700 young cancer patients.

The study was funded in part by the Pediatric Cancer Genome Project, including Kay Jewelers, a lead sponsor; a Cancer Center Support Grant (CA021765) from the National Cancer Institute at the National Institutes of Health (NIH); grants (EY014867, EY018599 and CA168875) from NIH; the Howard Hughes Medical Institute, the Tully Family Foundation and ALSAC. 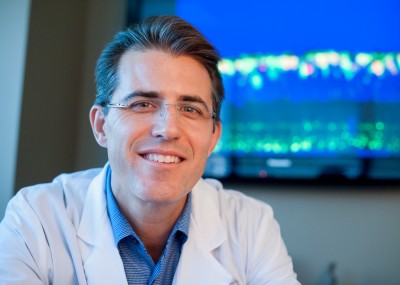 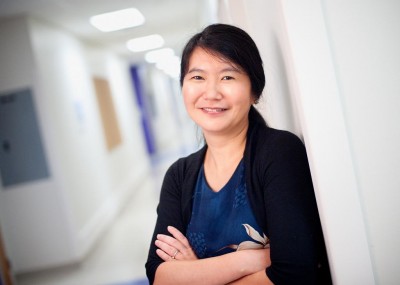