A new book by University of Utah S.J. Quinney College of Law Professor Amos Guiora will focus on the role of the bystander in failing to stop sexual misconduct. An Aug. 26 national webinar on the subject is free and open to the public. 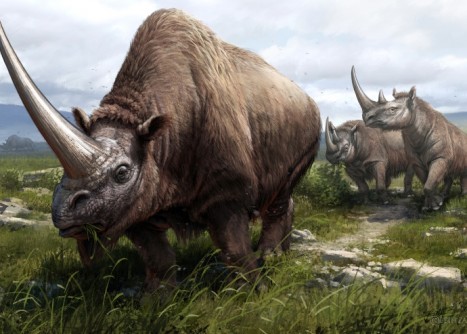 Newswise — Stories of powerful men who have abused positions of trust to commit sexual abuse against hundreds of survivors have dominated headlines in recent years. From dozens of gymnasts who testified against former USA Gymnastics physician Larry Nassar, to the thousands of women and men who shared their encounters with sexual misconduct when the #MeToo movement broke in 2017, the country continues to reckon with how —and why —these types of assaults happen.

In a new book scheduled for release on Sept. 1, University of Utah S.J. Quinney College of Law Professor Amos Guiora focuses on another aspect of abuse: bystanders who fail to intervene to stop the behavior.

In Armies of Enablers: Survivor Stories of Complicity and Betrayal In Sexual Assaults, Guiora explores the role of bystanders complicit in abuse and their effect on victims by interviewing survivors of recent and well-known cases of sexual abuse in communities including higher education, elite athletics, sports organizations, religious institutions, law enforcement, the entertainment industry, and elected officials. He proposes legal, cultural, and social measures aimed at the enabler from the survivor’s perspective.

Guiora will discuss the book in a webinar hosted by the S.J. Quinney College of Law that is free and open to the public on Aug. 26 at 8 a.m. MDT (Registration to receive a Zoom link is required and available here).

He previews his work in a new Q&A and is available for media interviews to further discuss his research findings.

Q: Tell us about your new book. What inspired you to take on this topic?

A: Armies of Enablers focuses on survivors of sexual assault and their expectations of the enabler-bystander. Examining cases from USA Gymnastics, Michigan State University, Penn State University, The Ohio State University, and the Catholic Church, I surveyed thousands of pages of Grand Jury indictments, criminal prosecutions, special reports, media accounts, and personally interviewed numerous sexual assault survivors. It became clear that their expectation of protection and support from the enabler-bystander, was rarely, if ever, met.

With emotions ranging from deep disappointment to seething anger and extreme frustration, all articulateprofound abandonment by someone who was in a position to assist them (someone they trusted) in the face of sexual assaults. From the survivor’s perspective, the enabler—both individual and institutional—bears responsibility for their plight and must be held accountable.

This project grew out of my previous work on The Crime of Complicity: The Bystander in the Holocaust and my active engagement in bystander legislation efforts in Utah and elsewhere.

I made a commitment to the sexual assault survivors to give their voices the widest possible platform.

Q:  You’ve written about the concept of bystanders in your previous work, including complicity during the Holocaust. Your new work explores enablers more recently related to the sex abuse scandal involving former USA Gymnastics doctor Larry Nassar and other high-profile cases. What hasn’t changed across time when it comes to the action of bystanders and enablers?

Q: What surprised you most about what you learned while researching this project?

A: There were actually two things that surprised me most. First and foremost, I was humbled and overwhelmed by the willingness of survivors to share their innermost feelings about the enabler. And second, I was stunned that survivors were never previously asked about what they expected from the enabler-bystander.

The term “armies” of enablers was framed by the survivors. From their perspective the predators were protected by “armies” rather than an “army” which gave them impunity and total confidence to act in an unencumbered manner. The survivors used the term “their” enabler referencing the fact that they had an expectation that the enabler---who they knew---was in a position of power and authority to act on their behalf. The notion of “their” enabler caught me by surprise but upon reflection it made total sense as it was the person who they relied on who ultimately failed them. Many of the survivors, today, have far greater anger at the enabler/s than the predator. For many, the predator was a pedophile who while deserving punishment could not control their actions. That is distinct from the enabler to whom the survivors direct their greatest anger.

Q:  Describe some of the legal issues your book explores in the context of enablers. Also, how will you use this project in the classroom to help aspiring lawyers who may be involved in these types of cases in the future?

A: There are two important legal issues this book focuses on: The Crime of Enabling and Title IX regulations. In the aftermath of the first book, legislation was introduced in the Utah Legislature by Rep. Brian King, D-Salt Lake City, criminalizing the bystander who failed to provide assistance to a person in distress (so-called 911 Legislation). It is my hope that Armies of Enablers will similarly contribute to legislative efforts criminalizing the enabler. Similarly, the recent Title IX regulations introduced by the Department of Education have been the subject of vigorous and robust discussion; I hope the book contributes to that discussion. Regarding the contribution both to the classroom from a pedagogical perspective and to law students in their future practices, I hope the issues examined in the book frame the question of institutional complicity and legal obligation to the individual. In the aftermath of the first book, I taught a number of bystander courses (including at the University of Utah's Honor College). I hope the new book will have the same “follow up.”

Q: In the era of #MeToo and continuing calls for accountability for those who have allowed systemic abuse to happen, where do you believe the conversation is headed next? How can the legal field aid in working toward positive social change as the conversation continues?

A: The legal community has a critical role from a number of different perspectives: training the next generation of lawyers regarding institutional and personal duty to the individual in distress; compellingly confronting society with bystander and enabler duty to act legislation; prosecuting enablers and bystanders; educating the broader community regarding the consequences of the decisions enablers make to protect the institution rather than the individual in distress.

Armies of Enablers: Survivor Stories of Complicity and Betrayal In Sexual Assaults