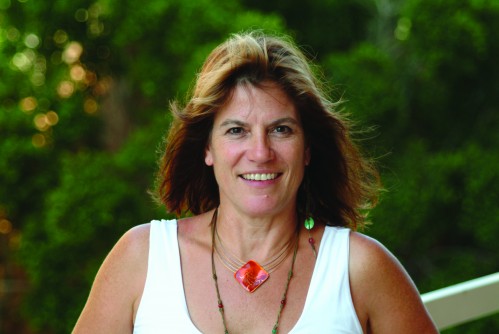 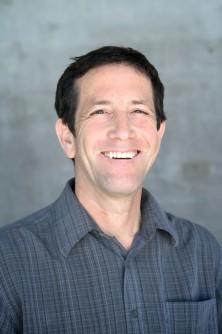 The report, which included the input of nearly 300 authors and was overseen by a 60-member federal advisory committee, is the most comprehensive look to assess the science and effects of climate change in the U.S.

Among the authors are two Arizona State University faculty – Nancy Grimm and Michael Kuby – who were lead authors on three chapters of the report. In addition, Hallie Eakin, an associate professor in ASU’s School of Sustainability, was a reviewer on the project. Overall, the report includes 30 chapters covering climate change and its effects on a wide range of industries, activities and eight regions of the U.S.

Among its general findings, the report states that global climate change is happening, and the change of the past 50 years is due primarily to human activities (mainly the burning of fossil fuels); some extreme weather events have increased in recent decades, and there is new and stronger evidence that those events are related to human activities; human-induced climate change is projected to continue and accelerate significantly if emissions of heat-trapping gases continue to increase; impacts related to climate change are already evident in many sectors and expected to become increasingly challenging; and the change in climate threatens human health and well-being in many ways.

Among the specific industries and activities examined are water resources; energy supply and use; agriculture; transportation; ecosystems, biodiversity and ecosystem services; and human health.

“Climate change is not something off in the distant future, it is with us now,” said Nancy Grimm, an author of two chapters in the new report and an ASU professor in the School of Life Sciences. She added that this report takes a “detailed look at eight regions of the U.S., not just a national average, and includes some very difficult and innovative assessments of the interaction of different sectors in terms of the impacts of climate change. Impacts in the Southwest will especially be felt in terms of water scarcity and more days of extreme heat,” she noted.

The chapters Grimm was lead author on are Ecosystems, Biodiversity and Ecosystem Services; and Interactions of Climate Change and Biogeochemical Cycles. The Ecosystems chapter, Grimm said, emphasizes that healthy ecosystems are an important buffer against extreme events, such as storms, extreme heat, flooding and fire, but that capacity is overwhelmed by the impacts of climate change and other global changes. Ecosystems like oyster reefs, mangrove forests and wetlands along rivers, for example, are able to absorb some storm surges or high-river flows.

“Protecting ecosystems that provide such benefits is one action that people can take to prepare for climate-change impacts and avoid harm,” Grimm said.

Also, species ranges are changing so much, and events like fires are occurring much more frequently, bringing change to the character of landscapes familiar to us. In addition, climate change strongly alters the timing of biological events like insect emergence, flowering and animal migrations. These timing changes have the potential to result in mismatches between animals and their food resources, or plants and their pollinators, which would be devastating for species unable to adjust quickly enough.

Grimm said the Biogeochemical Cycles chapter looks at how changes caused by human activity in the cycling of carbon and other elements influence climate change, as well as how they are influenced by climate change. Other elements have effects that both contribute to warming and reduce it. For example, nitrogen and sulfur oxides in the atmosphere, derived from industrial and automobile emissions, have a cooling effect. This means that the reduction of these compounds due to the Clean Air Act is good news in terms of healthier air, but continued reductions will allow further warming.

“Although carbon dioxide is the most important heat-trapping gas, we found that nitrous oxide, which comes mainly from fertilized fields, will increase in the future and contribute to further climate change,” Grimm said. “Furthermore, other changes in the cycles of nitrogen and phosphorus will interact with aspects of climate change, such as increased flooding, to worsen current water-quality problems from excessive amounts of nutrients being transported to rivers, lakes and coastal zones.”

Michael Kuby, a professor in the School of Geographical Sciences and Urban Planning, was one of six lead authors on the Transportation chapter of the report. He said the chapter focuses on the potential risk of climate change on transportation in the U.S.

“While there will be some positive effects on transportation (fewer blizzards, longer ice-free Great Lakes shipping, opening of the Northwest Passage for part of the year) the negative effects will be far greater,” Kuby said.

Sea level rise, storm surge and other extreme weather events will reduce the reliability and capacity of the U.S. transportation system; sea level rise and storm surge will increase the risk of major coastal impacts, including flooding of airports, ports, harbors, roads, rail lines, tunnels and bridges; extreme weather events that disrupt transportation networks in all areas of the country are expected to increase; and climate change impacts will increase costs to transportation systems and their users. These impacts, however, can be reduced through rerouting, mode change and a wide range of adaptive actions.

“In addition to relocating and strengthening infrastructure out of harm’s way, having transportation options – different modes (rail, road, air, water pipeline, etc.) and different routes – will be a key to minimizing disruptions,” Kuby said.

Grimm added that she will participate in a panel discussion on the report that is scheduled for 7 p.m., May 8 in Tucson, Ariz. 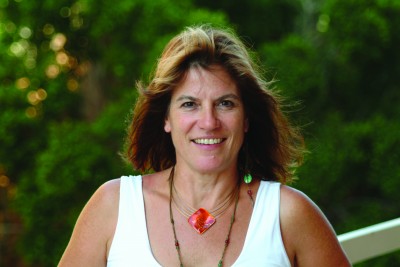 Caption: Nancy Grimm is a professor in the School of Life Sciences and a senior sustainability scientist at Arizona State University 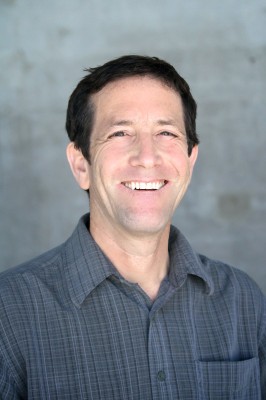 Caption: Michael Kuby is a professor in the School of Geographical Sciences and Urban Planning and a senior sustainability scientist at Arizona State University