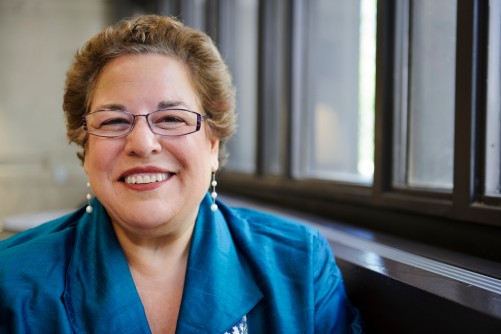 “We wanted to bridge the worlds of government and academic experts with people who have disorders and may be affected,” says committee co-chair R. Alta Charo of UW-Madison. 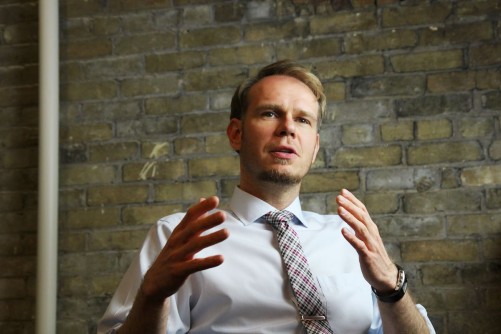 “We want to bring in people even if they know little about the topic and get them to the point where they can engage in meaningful debate,” says committee member Dietram Scheufele of UW-Madison.

Newswise — The National Academy of Sciences and National Academy of Medicine issued a 258-page report Tuesday (Feb. 14) focused on human genome editing. It lays out principles and recommendations for the U.S. government and governments around the globe grappling with how to handle rapid advances in human genome-editing technology as it applies to human health and disease.

Two University of Wisconsin–Madison experts served on the 22-member international committee that compiled the report: R. Alta Charo, a professor of law and bioethics who co-chaired the NAS panel alongside Richard Hynes, a Howard Hughes Medical Institute investigator at the Massachusetts Institute of Technology, and Dietram Scheufele, a professor of life sciences communication at UW–Madison.

Other members of the committee — hailing from Canada, China, Egypt, France, Germany, Israel, Italy, Spain, the United Kingdom and the United States — include scientists; experts in law, political science, and industry; and a patient advocate. “We wanted to bridge the worlds of government and academic experts with people who have disorders and may be affected,” says Charo.

Human gene editing is not new, but with the emergence of technologies like CRISPR–Cas9 — a tool that allows scientists to add, delete and alter the genome with unprecedented speed and precision at lower cost — experts agreed in 2015 that a broad framework was needed to better understand the science and its implications for policy, ethics and society. The consensus committee was convened by the national academies to complete the task.

“One of the original developers of CRISPR–Cas9, Jennifer Doudna, recognized that the technology has tremendous potential to expand our capacities for genetic engineering far beyond what we have currently been doing,” says Charo, who is scheduled to give a talk about the report on Friday, Feb. 17, at the Annual Meeting of the American Association for the Advancement of Science. “We took a real deep dive into the science and potential clinical applications, into the regulatory steps that need to be taken, into areas of public engagement and took a deep dive into the ethics.”

The committee explored the current state of science, which Charo says was evolving even as they were writing the report; possible clinical applications; risks and benefits to human health; and the standards for addressing what are known as “off-target effects,” which are unintended consequences associated with editing specific genes.

Additionally, the committee discussed issues of equity and access to the technology, to ensure people with disabilities and diseases, and members of other underrepresented groups, also have a voice.

“Some questions science can answer, some it cannot,” says Scheufele. “As a result, public debates about human gene editing need to be absolutely transparent and they need to be inclusive.”

The report sets recommendations for basic laboratory research, therapies that edit genes in somatic (non-heritable) cells like blood cells and cancer cells. Therapies that alter heritable traits (germline editing), and which are therefore passed from parents to offspring; editing that enhances human traits rather than treating or preventing disease; and opportunities for public engagement around gene editing were also addressed.

For example, the report authors found that gene editing in basic research is important to advance understanding of the links between genes and diseases like cancer, human fertility, and the progression of genetic diseases.

For use in somatic therapy — for example, editing blood cells to treat sickle cell disease or cancer — human gene editing should be approached carefully and only to treat and prevent disease, the report says. Existing regulation adequately manages responsible development of both basic science and the somatic (non-heritable) therapies for treatment or prevention of disease or disability, the report concludes.

The committee also determined any use of human gene editing for so-called enhancement (alterations to the genome intended to improve human traits but not treat or prevent disease) is inappropriate at this time.

With respect to heritable traits, experts predicted decades ago that science would eventually enable editing of the human germline, the sperm and egg cells that pass genes from parents to children. In 1975, nearly 150 scientists, physicians and legal experts gathered for what was called the Asilomar Conference to set guidelines for experiments using recombinant DNA, a new technology at that time that allowed changes to genes. Without weighing the pros and cons, Charo says, those experts determined heritable genome editing should be avoided.

“It’s now been all these decades since Asilomar, when editing the human germline wasn’t a real possibility, but now we’re at the point where it is a realistic possibility,” she says.

It carries potentially longer-term consequences since the changes made through germline editing — typically applied to sperm or ova, but which could also apply to embryos — alter the genetic destiny of a family. This means that along with the positive effects that cure a genetic disorder such as Huntington’s disease, for instance, potentially unintended effects could accompany the change, and be passed to future generations.

The report authors conclude that, for the moment, far more research is needed before heritable editing could be safe enough to even consider using on humans. Going forward, heritable gene editing for any purpose other than improving human health — and indeed, only to treat serious diseases — should not be undertaken, the report concludes, and when it is there should first be extensive public input. For this, the report provides a basic roadmap. It would also require compelling needs, stringent oversight to limit its use to those needs, and long-term follow-up.

“Historically, what we are encountering with CRISPR–Cas9 is a tool that allows the scientific field to move quickly, with transformative applications that scientifically and medically raise ethical and political questions that really do require a broad societal debate,” says Scheufele. “It’s telling that the report has a whole chapter dedicated to public engagement.”

Chapter 7, which spans 13 pages of background, practices and suggestions, represents “anticipatory thinking,” according to Scheufele, because the committee recognized the need to involve people outside of science, academia, politics and policy.

“We want to bring in people even if they know little about the topic and get them to the point where they can engage in meaningful debate,” says Scheufele, a social scientist who studies communication and public understanding of science. “Public debate will blur the lines between this issue and others but we want to move forward in a responsible fashion with the best available science and a meaningful understanding of the risks and benefits.”

The report also established a set of broad governance principles with respect to human genome editing in the U.S. and elsewhere: promote well-being, transparency, due care, responsible science, respect for persons, fairness and transnational cooperation.

“Every country struggles with the same set of complexities but has a different regulatory system. So, we established larger principles that are applicable across different political or cultural contexts,” says Scheufele. “We don’t want to have regulatory safe havens for research.” Because the issues, Charo adds, “are truly global.”

“We want to make sure we are not creating problems that we didn’t intend to create by maximizing the quality of research and regulation across the globe and protecting patients across the world,” she says. “These are overarching principles any country can adopt.”