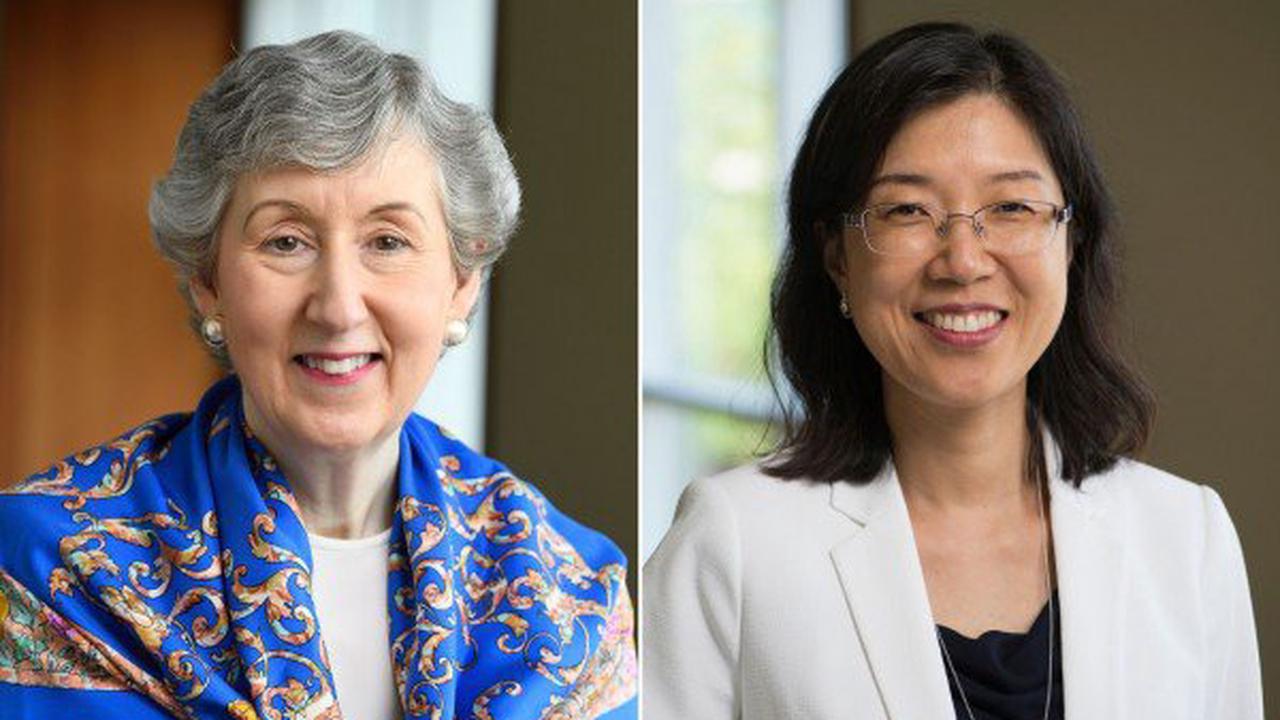 Newswise — The Johns Hopkins University Board of Trustees has approved the appointments of two Johns Hopkins School of Nursing (JHSON) faculty to endowed chairs. This honor is in recognition of the significant impact of their scholarship, research, leadership, and commitment to the strategic vision and mission of the school and university. Marie T. Nolan, PhD, MPH, RN, FAAN will now hold the M. Adelaide Nutting Endowed Chair and Hae-Ra Han, PhD, MSN, RN, will hold the Elsie M. Lawler Endowed Chair.

The installation ceremony will be livestreamed on Monday, July 12 at 4pm.

Internationally known for her research on patient and family decision making in the face of critical illness and at the end of life, Nolan has shown that most seriously ill patients prefer shared decision making with their family and physician rather than the autonomous decision making model that guides U.S. health policy. Her work has led to the development of instruments and theory that guide palliative care research internationally.

Through the years, Nolan has served in numerous leadership positions at JHSON including Executive Vice Dean, Associate Dean for Academic Affairs, Chair of the Department of Acute and Chronic Care, and Director of the PhD program. She is currently serving as JHSON’s Interim Dean. In addition, Nolan was also director of the school’s China PhD Program Collaboration with Peking Union Medical College (PUMC), which produced the first graduates of a PhD program in nursing in China.

Nolan’s career has been recognized with numerous honors including the Distinguished Career Achievement Award from the Hospice and Palliative Care Nurses Association and her induction into the Sigma International Nurse Researcher Hall of Fame.

“I am deeply honored to be appointed to an endowed chair named to honor the historical legacy of M. Adelaide Nutting, our second superintendent of the School of Nursing. The chair was previously held by Dr. Jerilyn Allen, Professor Emeritus, who distinguished herself by her highly impactful research on the prevention of cardiovascular disease,” says Nolan. “I look forward to the work ahead and continuing to serve the School of Nursing community and beyond.”

As a researcher, Han has developed innovative interventions to improve care and outcomes for traditionally underserved ethnic minority populations. Her transformational work has reduced health disparities by helping patients use knowledge and skills to engage in self-care through health screening. She has developed and tested health literacy interventions delivered by community health workers, which have led to reducing health disparities in chronic care. Through her work, Han has helped improve cervical cancer screening among African immigrant women and women living with HIV, and promote resilience among patients and families living with multiple chronic conditions.

Dr. Han has held numerous leadership positions including Co-Director of the Center for Cardiovascular and Chronic Care, Chair of the Department of Community and Public Health, Director of the PhD Program and her current role as Associate Dean for Community Programs and Initiatives.

Han is recipient of numerous honors including the Henrietta Lacks Memorial Award and induction into the Sigma International Nurse Researcher Hall of Fame. She has also received awards from the National Coalition of Ethnic Minority Nurse Associations, the American Public Health Association, the Asian American and Pacific Islander Caucus for Public Health, and others.

“It is an honor to be appointed to this endowed chair named for Elsie Lawler, one of the most revered and longest-serving superintendents of the JHSON, and held previously with great distinction by Dr. Phyllis Sharps, Professor Emeritus who expanded the impact and presence of JHSON in the East Baltimore Community,” says Han. “The need for health information in the community is so great, and there is still much to be done to help minority and vulnerable populations. I am grateful for the resources the endowment will provide and the opportunity to further this important work.”

Located in Baltimore, the Johns Hopkins School of Nursing is a globally-recognized leader in nursing education, research, and practice. In U.S. News & World Report rankings, the school is No. 1 nationally for its master's programs, and No. 2 for DNP programs and its online MSN Healthcare Organizational Leadership options. JHSON is ranked No. 1 for total NIH funding among schools of nursing for fiscal year 2020. In addition, the school is ranked by QS World University as the No. 3 nursing school in the world, No.1 by College Choice for its master’s program, and No. 1 by NursingSchoolHub.com for its DNP program. For more information, visit www.nursing.jhu.edu.