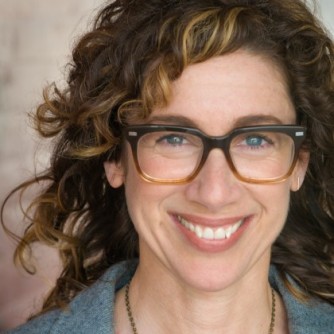 "According to a recent study by the Conference on Jewish Material Claims Against Germany, reports LA Magazine, 59% of young adults in California did not know how many Jewish people were killed during the Holocaust. While I find this statistic deeply distressing, I’m not entirely shocked given that the number in the entire United States is as high as 63%.

"One explanation is that this finding reflects the influence of Holocaust denial narratives and other antisemitic disinformation campaigns. If so, then our educational system needs to do better at educating our young people about the past. I say this not just as an educator who cares about Jewish history, and the lessons we learn about how a culture of antisemitism enabled the Nazi regime to achieve the near-total genocide of European Jews (which also had devastating effects on my own family). But also because learning about authoritarian regimes like that of Nazi Germany—how they rise to power and alienate one portion of a population from another in order to secure that power—has ongoing relevance for us all, right now. That is, Holocaust education teaches us about the deep links—especially for the ideology of white supremacy—between antisemitism and anti-Black and anti-POC racism.

"I think this study may also suggest a broader problem in our educational system regarding how and what histories get taught, and how public school curriculum has always been politicized. For example, the recent New York Times “1619” project, spearheaded by Nikole Hannah-Jones, illustrates how little Americans are taught about systemic racism and racist violence in US history, or about periods of successful racial integration. This is why I am so dedicated to teaching Holocaust literature, and why I often frame discussions of how the Nazi racist hierarchy was legally implemented, and how its Jewish and other victims narrated their responses to it, in ways that help students understand their own experiences."

Biography :
Dr. Sharon Oster is a professor of English at the University of Redlands whose teaching and research focus on Jewish and American literature, digital humanities studies of the Holocaust, Jewish studies, and comparative ethnic studies. With support from the USHMM Mandel Center for Advanced Holocaust Studies and the University of Redlands Center for Spatial Studies, Oster developed an interdisciplinary GIS mapping project, “Cartographies of Suffering: Mapping Holocaust Accounts,” that teaches students to create digital layered ESRI Storymaps in order to explore and map individual Holocaust survivor accounts on a collective geographical scale.