Next project will encompass ants of the world

Newswise — For more than 30 years, University of Utah entomologist Jack Longino has been watching the ground. Whether he’s deep in a tropical jungle or scanning the sidewalks of a Central American city, Longino is always looking for ants. “Ants rule!” he says.

Recently, Longino compiled those decades of work into a monograph, detailing 234 species of the ant genus Pheidole. He’s now given names to 57 of those species himself. Longino formatted the monograph to emulate a bird guide, hoping to engage more ant fans in the work of documenting and conserving ant species.

See some of these newly-named species here.

“You can think of what I do as making a map of diversity,” Longino says. “The first step in understanding and using animals and plants is having a map of what we’ve got. I’ve dedicated my career to filling in the map.”

But he’s not stopping there. Thanks to a $1.3 million grant from the National Science Foundation, Longino and colleagues are about to embark on a project to obtain genetic information from 4,500 species of ants around the world to construct a comprehensive evolutionary tree of life for his favorite insect family.

The ant genus Pheidole is one of the most diverse and is found throughout the world, but particularly in Central America. In 2003, famed biologist E.O. Wilson published what was then considered a comprehensive guide to Pheidole including more than 600 species (among them the auspiciously named Pheidole longinoi).

In his recent monograph (a single-author report focused on a highly specific subject), Longino summarized his years of searching for and cataloging ants in the wet forests of Central America. “I maintain this collection of hundreds of thousands of ants from Panama to Mexico,” he says. “You look at them and organize them and make this physical map. And it’s all here in my lab, a reflection of the diversity of a big part of the world.”

In the field, many ant species can initially look similar, he says. “But under the scope, they look as different as giraffes and zebras and mice.” Because dozens of the ant species he had collected were not yet named, Longino set to work affixing appropriate names.

“There’s an old Chinese proverb,” he says. “The beginning of truth is calling things by their right names.”

“Naming things is fun,” Longino says. He begins by naming species according to their physical characteristics, such as P. corniclypeus, so named for the spines projecting from the clypeus, a plate on the front of the ant’s head. Others, such as P. tikal, are named for the place where they were first found. Beyond that, Longino indulges in some creativity. Here’s a sampling:

Ants of the world

Documenting the Pheidole ants of Central America is no small achievement. But there’s a big world of ants out there, and Longino’s next step is to learn about them all. In July 2019, Longino and colleagues from UC Davis, the California Academy of Sciences and North Carolina State University secured a $1.3 million grant from the National Science Foundation to fill in all the branches on the ant evolutionary tree. They’ll do this through the analysis of ultra-conserved elements (UCEs), or genetic markers that are the same in multiple species. Currently, researchers have collected UCE data for only about 13% of the 13,500 ant species worldwide. Longino’s effort will add data from 4,500 additional species so that the final data set will cover 96% of ant genera (plural of genus) and 45% of species.

The data will also include information on where ants live and what climates they prefer. “It’s another tool to assess how ecosystems in general are responding to habitat changes that we're seeing in the world today,” Longino says. “We want to get a good sense of how the world’s biodiversity, the whole fabric of diversity hundreds of millions of years in the making, is being affected by what we do.” 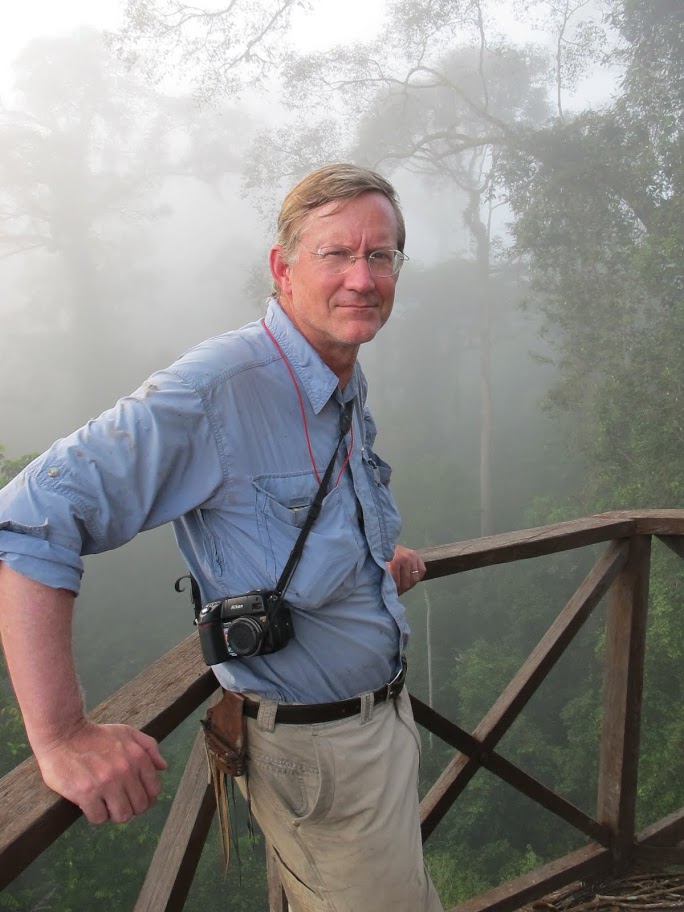 Caption: Pheidole familiaparra, named in honor of the Parra family, who aided Longino’s expedition to Costa Rica in 2015.

Caption: Pheidole natalie, “After my new daughter-in-law. I’ve named an ant after every member of the family!” says Utah professor Jack Longino.

Caption: Pheidole tsontekonwei, named after the local term for the species, meaning “big head” in Nahuatl, a language in southern Mexico.