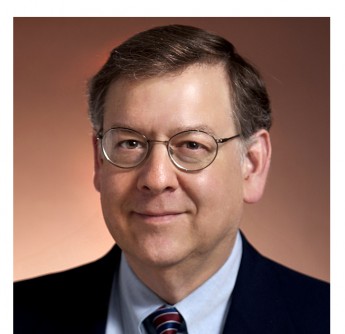 Jeffrey H. Silber, MD, PhD, is the director of the Center for Outcomes Research at The Children's Hospital of Philadelphia.

U.S. Children’s Hospitals Vary Greatly in Costs, Practices for Children with Asthma--CHOP Researcher: Matching Patients by Disease Severity and Other Characteristics May Offer Clues to Improving Hospital Practice --Newswise — Philadelphia, July 12—Children’s hospitals vary greatly in managing inpatients with asthma, according to researchers who analyzed hospital records in a large national database. Even when patients were grouped by characteristics such as age or severity of illness, hospitals differed significantly in inpatient costs, length of stay, and time spent in the intensive care unit (ICU).

“As the most prevalent chronic illness in children, asthma imposes a major financial burden on many health care systems,” said study leader Jeffrey H. Silber, M.D., Ph.D., director of the Center for Outcomes Research at The Children’s Hospital of Philadelphia (CHOP). “If hospitals can better understand if their care practices are disproportionately expensive and inefficient compared to other hospitals, they may be better able to pinpoint opportunities for quality improvements.”

Silber and colleagues from CHOP and the Perelman School of Medicine at the University of Pennsylvania co-authored a study that appeared online July 11 in JAMA Pediatrics.

The research team analyzed data from nearly 49,000 children hospitalized for asthma at 37 major nonprofit U.S. children’s hospitals in the Pediatric Health Information dataset. All the children were hospitalized during 2011 to 2014.

The study team used a new analytical tool they developed called “template matching.” That tool grouped patients by different characteristics to create templates that could be compared to matched patient templates derived from each hospital. This matching system, said Silber, allows hospital to audit their costs and resource use in a more refined way than simply reporting if a hospital is more or less expensive in an aggregate fashion for a given diagnosis.

In an online editorial in JAMA Pediatrics commenting on the study, Dr. Jay Berry of Boston Children’s Hospital said that Silber and colleagues “devised a way to systematically match and compare apples with other apples and then oranges with other oranges.”

The authors note that template matching enables administrators to understand a hospital’s resource use at the patient level, and allows them to investigate practice differences by asking questions such as, does their hospital use ICUs as often as matched controls? Or are there great differences in the choices of medications prescribed for similar patients?

In the current study, the researchers found that for patients with a similar set of characteristics, median cost varied by 87 percent, total length of stay varied by 47 percent, and ICU usage was 254 percent higher, all when comparing the lower eighth to the upper eighth of hospitals.

In addition, patterns of resource use differed significantly across hospitals when classified by patient risk. In some hospitals, costs for higher-risk patients were significantly higher compared to matched controls, while in other hospitals, those costs decreased as patient risk increased.

“Although there are well-established clinical pathways for treating children with asthma, we found significant differences in how tertiary-care pediatric hospitals used their resources,” said Silber. “However, this auditing method offers hospitals some guidance in identifying practice styles that could improve their care.”

Jeffrey H. Silber et al, “Auditing Practice Style Variation in Pediatric Inpatient Asthma Care,” JAMA Pediatrics, published online July 11, 2016. http://doi.org/10.1001/jamapediatrics.2016.0911About The Children's Hospital of Philadelphia: The Children's Hospital of Philadelphia was founded in 1855 as the nation’s first pediatric hospital. Through its long-standing commitment to providing exceptional patient care, training new generations of pediatric healthcare professionals, and pioneering major research initiatives, Children’s Hospital has fostered many discoveries that have benefited children worldwide. Its pediatric research program is among the largest in the country. In addition, its unique family-centered care and public service programs have brought the 535-bed hospital recognition as a leading advocate for children and adolescents. For more information, visit http://www.chop.edu