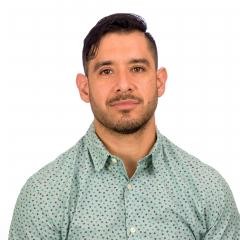 The Trump Administration is making good on its promise to reverse key provisions of the U.S.-Cuba policies implemented during the Obama era - after decades of strained relations between the two countries. Among other rules, the new Cuba policy is expected to prohibit U.S. transactions with businesses controlled by the communist Cuban regime and restrict individual travel, or “people to people” travel, between the U.S. and the island nation.

What will this mean for the already fragile relationship between the U.S. and Cuba? And what does the U.S. stand to gain or lose through the new policies?

Alexander Aviña, PhD, is an Associate Professor of History at Arizona State University. He is available to weigh in on these and other questions related to the historical relationship between the U.S. and Cuba.

Aviña has offered insight on Cuba through his focus on Cold War Latin America and revolutionary social movements. He has articles published in the Journal of Iberian and Latin American Research and the NACLA Report on the Americas. Aviña is also the author of the book Specters of Revolution: Peasant Guerrillas in the Cold War Mexican Countryside.