U.S. Dollar Lures Investors at the Expense of the Euro 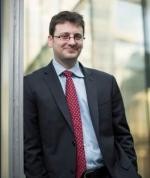 Newswise — A worldwide shift in the appetite for currency since the 2008 global financial crisis appears to have hurt the Eurozone and helped the United States, according to new research from the University of Chicago Booth School of Business.

In the working paper, “International Currencies and Capital Allocation,” Chicago Booth Professor of Economics Brent Neiman, Harvard University’s Matteo Maggiori and Columbia University’s Jesse Schreger find that the structure of global portfolios is driven, at both the macro and micro level, by an often neglected aspect: the currency of denomination of the assets. If a bond is denominated in the currency of a particular country, then investors based in that country tend to own the vast majority of the bond. But they also find that the U.S. dollar and the euro have been exceptions to the pattern.

Further, the researchers uncover a large and pervasive shift, starting around the 2008 financial crisis, in which cross-border portfolio holdings moved sharply away from euro-denominated bonds and toward dollar-denominated bonds.

The researchers shed this new light on the cross-border use of currency by analyzing more than $27 trillion of global securities portfolios.

“Since the 2008 global financial collapse and the subsequent crisis in the Eurozone countries, the euro has been sinking and the U.S. dollar has been soaring in terms of their use to denominate corporate bonds, particularly those held by international investors,” said Neiman. “We hope to examine in future work what exactly caused this shift, but uncertainty about Eurozone policy and stability likely played a critical role.”

From the early to mid-2000s, dollar-denominated corporate bonds accounted for roughly half of the total cross-border holdings in their data, while euro-denominated corporate bonds accounted for more than 30 percent of these positions. This picture remained remarkably stable, until the start of the global financial crisis, when the researchers observed a striking shift away from the euro toward the dollar.

By 2016, the dollar’s share of these cross-border positions was more than triple that of the euro.

Countries benefit by having their currency used around the world.  Today, U.S. firms, for example, are equally able to access foreign and domestic capital due to a global willingness to hold dollar-denominated assets. Other countries, including those in the Eurozone, have more difficulty placing local-currency debt into foreign portfolios.

The findings have implications for central banking policy decisions at the U.S. Federal Reserve and the European Central Bank.