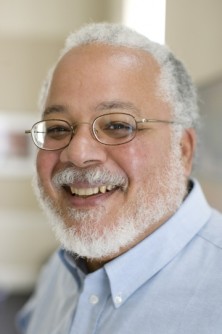 Mason, who met Nelson Mandela in the early 1990s before he was elected president of South Africa, said, “He was an extraordinary man. It felt as if a force field preceded him.”

He described Mandela as the last member of a generation of South African leaders.

“In the leadership of the African National Congress, there were a number of people with similar talents and charisma, who had received a broad and deep education and who had not been scarred by apartheid as youngsters. They did not have as much of a burden of racism as future generations had. That was the generation that was jailed in the early 1960s and Mandela was among the top leaders. It is possible to imagine the South African freedom struggle without Nelson Mandela, because he was not appreciably different from the others. He was not essential.

“Where he became essential was in the late 1980s, when the prisoners emerged from the jails and the exiles returned. Mandela was the one who was the most physically, mentally and emotionally prepared. He was the most fit. The others were elderly or frail or ill.

“He had tremendous intelligence and integrity and political savvy. He had compassion and a sense of justice, but he was also an astute and savvy politician. When he was first imprisoned, he had a reputation as being a hothead, but when he emerged he had a calmness and a political savvy. South Africa needed an elder statesman who could rise above the fray of petty politics. It needed a symbol of a new nation, someone all of South Africa was emotionally invested in.”

Mason said that Mandela made many gestures of reconciliation, such as sprinkling Afrikaans, the language of his former oppressor, into his speeches. He had tea with the widows and wives of the apartheid leaders. During the apartheid era, the whites-only Springboks, the national rugby team, was banned from international competition; after Mandela was elected president, South Africa was allowed back into international play and hosted the 1995 Rugby World Cup. After the Springboks won the championship, Mandela donned the team’s jersey and cap and went onto the field to present the championship trophy.

“This was him taking command,” Mason said. “By wearing the jersey that had been a symbol of the hated regime, he was appropriating it. This was a nation that was almost at war with itself, and in some ways the police and the security forces were an army of occupation. This was a country desperately in need of healing. He was the person who could help that process.”

Mason said some of Mandela’s supporters thought he made too many gestures to the white population of South Africa, but he said that Mandela understood that he already had the support of the blacks in the country and that he needed to reach out to the whites.

He said that South Africa could never dispute that Mandela was the essential man in achieving the new country that South Africa had become. “He understood that role and he fulfilled that role. It is impossible to think of anybody else. He was the only one who could have gotten away with it.”

He said that Mandela, who was born in 1918 and died Thursday, was a member of the Thembu royal family and was destined to be an adviser to a Thembu king. He received an excellent education from the mission schools and then was the only black in his law school class. Mason noted that the apartheid government later “dumbed down” the education system so that it would no longer produce people of Mandela’s caliber.

“Mandela had bought into the idea of an aristocracy government, but the Thembu king had to listen to the people. Mandela was also a deep believer in the British system of equality before the law and of a constitution.”

Mason teaches African history and the history of photography at U.Va. He has written extensively on early 19th-century South Africa history, especially the history of slavery, and on South African popular culture, especially the Cape Town New Year’s Carnival and jazz. He is now working on “Picturing Africa in the American Century,” a book-length manuscript about the ways in which American magazines, especially Life, represented Africa from the end of World War II until the 1970s. # # #