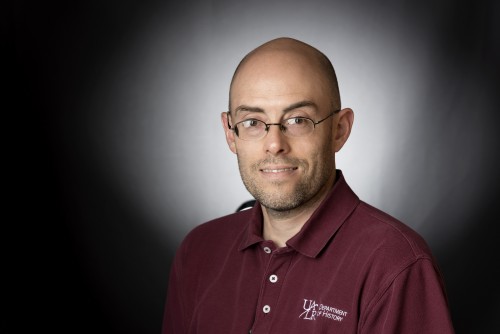 Newswise — In 1919, one of the deadliest racial conflicts in the country occurred in Elaine, Arkansas. Historians still do not know how many people died during the Elaine Massacre, a conflict with an estimated death toll ranging from 20 to more than 800.

Barclay Key, associate professor of history at the University of Arkansas at Little Rock, and students in his “Age of Reform” class searched U.S. census records during the fall 2017 semester in an attempt to identify potential victims of the Elaine Massacre.

“Extant sources do not agree on the scope of the massacre, and local officials at the time were indifferent to the black lives lost,” Key said. “Local landowners, whose desire to eliminate union organizing sparked the massacre, immediately needed labor to harvest, so they minimized the violence and purposefully concealed what transpired.”

On Sept. 29, 1919, representatives of the Progressive Farmers and Household Union of America met with 100 African-American farmers at a church to discuss unionizing. When a group of white men interrupted the meeting, two white men were shot. The sheriff organized a posse. A mob of an estimated 500 to 1,000 white people stormed through Phillips County, killing black men, women, and children on sight. The governor called in 500 federal troops, who arrested nearly 260 black people. The federal troops were also believed to have taken part in the massacre, revealing another reason why the number of people killed in the massacre remains unknown, Key said.

“It seems likely that soldiers who were initially summoned to quell potential violence actually participated in the massacre,” Key said. “Their commander would not have wanted to report that his soldiers committed such atrocities.”

“We endeavored to compare and contrast the 1910 and 1920 censuses for one township in Phillips County,” Key said. “We basically wanted to know if the families identified in the 1910 census were still there in 1920. We wanted to make an initial effort to account for people in both censuses, one of the few remaining ways we might develop conclusive evidence regarding the scope of the massacre.”

Each student researched approximately 100 people from both censuses to attempt to discover the person’s status before and after the Elaine Massacre occurred.

Alex Martin, a junior history and American Sign Language major from Boyce, Louisiana, was horrified to discover that only 14 of the 96 people he researched were still living in Elaine during the 1920 census, while a further nine people may have been living in different parts of the country without their previous families.

“Some of those missing people could be justified with saying, ‘He was already in his 80s and could have easily died from natural causes,’ or, ‘She may have married and been listed under her married name in 1920.’ But I’m only telling myself those things because you want to find a little hope in something like that,” Martin said. “It’s definitely difficult to wrap your head around something on that scale happening when no one talks about it. The Elaine Massacre was a tragedy, and there was no reason for it other than racism.”

Martin is still haunted by the unknown fates of some of the people he researched, such as Eugenia Jones, who was 10 years old in 1910.

“Most of her family, eight out of 10 other people, were not in the 1920 census,” Martin said. “A Eugenia Jones, aged 20, was living in Lake Charles Ward 2, Louisiana, in 1920.  She was listed as the head of house’s niece. It could’ve been the same woman, sent to live with her nearest family, but I can’t prove it was.”

Although there are numerous reasons why a person might not appear in the 1920 census – misspelled name, marriage, relocation, death – many historical records have already been exhausted without providing an answer to the mystery of how many people died as a result of the Elaine Massacre.

Another student, Caroline Cortinez, a junior history major from Little Rock, Arkansas, found that out of the nearly 100 people she researched, only eight African Americans listed in the 1920 census were still living in the Elaine area in 1920.

“I can honestly say I had a vague memory of hearing about the Elaine Massacre, but I had no idea it was as bad as it was,” Cortinez said. “It’s depressing, but I think it’s imperative that students learn about this. I talked to my mom, and she didn’t even know about it, and a lot of people have that reaction.”