Smith, who champions greater connection through literature, was selected by the students 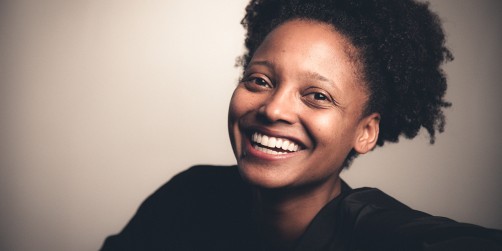 Newswise — Wellesley, Mass. (April 30, 2018)—Tracy K. Smith, poet laureate of the United States and the Roger S. Berlind ’52 Professor in the Humanities and director of the creative writing program at Princeton University, will address the members of the Wellesley College class of 2018, and their families and friends, at Wellesley’s 140th Commencement Exercises on Friday, June 1, at 10:30 am. At Wellesley, unlike many other institutions, the students select the commencement speaker, and this year the senior class announced its choice of Smith on April 12 during National Poetry Month.

Smith’s work explores a diverse range of themes and subjects, from faith and loss, to dystopia and Afrofuturism, to deep space and life on other planets, to America’s troubled racial history and the legacy of slavery. In her public role as poet laureate, Smith aims to expand the audience for poetry through greater outreach, especially to rural areas, traveling to communities writers might not usually visit.

“This is a strange period, where, nationally, we’re being reminded or convinced of the great divisions that separate coastal and urban communities from the central and rural communities,” Smith said in a recent New York Times interview. “I’ve always distrusted that. I think there are lots of places where we have something very clear, compelling, and welcome to say to one another.”

In a statement, Class Council co-presidents Ilina Mitra and Jennifer Wang, both seniors, said, “Given the current sociopolitical climate, we wanted to choose a speaker who we felt added to the ongoing conversations on campus in a meaningful and powerful way. Smith’s art, striking yet simple, asks questions about belonging in a world that is increasingly divided. Her commitment to writing her truth is inspiring, and we felt that her words would resonate powerfully with all of us as we find our footing outside of Wellesley.”

“Tracy K. Smith is an extraordinarily accomplished poet and educator whose imagination, range, nuance, and public engagement have inspired and moved a generation,” said Wellesley College President Paula A. Johnson. “As poet laureate, her outreach efforts have brought poetry to new audiences and exemplified the power of literature to reach across political and cultural differences. We are a community that believes in the power of women’s voices, and Ms. Smith is a model of what can be accomplished when women speak boldly and with great vision. We are delighted to welcome her to campus as this year’s commencement speaker.”

Tracy K. Smith was appointed U.S. poet laureate by the librarian of Congress in 2017, and in March 2018 she was reappointed to a second term for 2018–19. She is the author of four books of poetry: Life on Mars, winner of the 2012 Pulitzer Prize in poetry; Duende, which won the 2006 James Laughlin Award and 2008 Essence Literary Award; The Body’s Question, winner of the 2002 Cave Canem Poetry Prize; and Wade in the Water, published on April 3 of this year. Smith is also the author of Ordinary Light: A Memoir, which was a National Book Award finalist and was selected as a notable book by the New York Times and the Washington Post. Her other awards and honors include a Stegner Fellowship in poetry at Stanford University, a Rona Jaffe Foundation Writers’ Award, an Academy of American Poets fellowship, and a Whiting Award.

Smith holds a bachelor’s degree from Harvard University and an MFA in creative writing from Columbia University. She lives in New Jersey with her husband and three children.