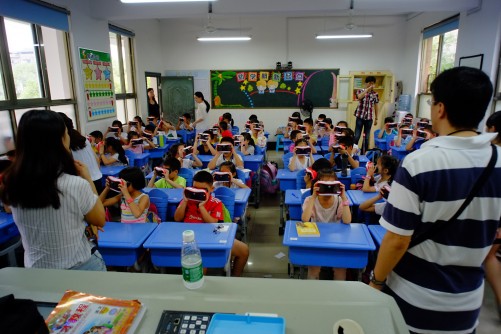 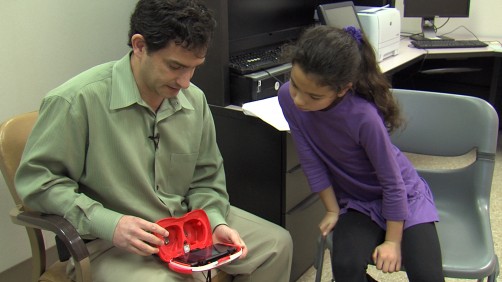 Newswise — BIRMINGHAM, Ala. – Pedestrian injuries are a leading cause of death in children in the United States and around the world.

The Birmingham-Hoover metropolitan area is ranked No. 13 by Smart Growth America and the National Complete Streets Coalition in a 2016 report of cities where people walking are more likely to be killed by vehicles, with 150 pedestrian deaths reported.

A University of Alabama at Birmingham psychology professor has focused his research on developing technologies to help children learn how to cross the street in an accessible, safe environment. His latest project, an immersive virtual reality mobile application that uses Google Cardboard, takes the accessibility to the next level.

As director of UAB’s Youth Safety Lab, Schwebel worked to develop this technology after creating virtual reality applications in less mobile platforms, and realizing that the need to make the training tool more accessible was necessary in order to improve pedestrian safety education.

Schwebel’s first iteration of the virtual reality intervention program was available in a nonmobile desktop computer format. From there, he adapted the technology into a larger, mobile simulator. That simulator is able to move from one location to the next but, given its size, does have limitations.

The Google Cardboard platform allows for a completely mobile and immersive virtual reality experience, and Schwebel is using it to evaluate 7- and 8-year-olds’ safe street-crossing skills in a study funded by the National Institutes of Health.

To make use of this new platform, Schwebel created a Cardboard-compatible application that runs on a mobile phone. The user places the phone into the back of the viewer, and views the content of the application through the lenses.

“Children using the simulator can learn whether they’re safe or not safe, and learn those difficult skills of figuring out how fast that car is moving, how far away it is and how quickly it will get to where they are,” Schwebel said. “And we can do all that virtually without the child’s actually being at risk of being hit by a car.”

The environment recreates the street and crosswalk in front of a local school, and it gives the user various traffic patterns to monitor from both directions.

When the child decides it is safe and traffic is clear, he or she clicks the button on top of the Cardboard viewer and triggers his or her virtual self to walk across the street. The user can see him- or herself cross, so they can learn whether or not they were safe in crossing.

Though the study is not yet complete, results so far are promising in showing that the children are able to cross streets with success similar to that of adults. According to Schwebel, nearly all participants have been able to complete adult-level virtual scenarios safely, crossing a street with moderate traffic level that represents real traffic at a local crossing.

Once this study is complete, Schwebel plans to continue to broaden access and availability of the training platform for domestic dissemination and use globally.

“The development of Google Cardboard allowed us to make our pedestrian simulator completely accessible,” Schwebel said. “It’s simple and affordable, and gives us hope that we can bring this tool to children worldwide. We have already conducted parallel research to train children in pedestrian safety in China, and envision a future where location-specific pedestrian environments are simulated, and training is distributed using mobile smartphones to schoolchildren worldwide.”

Families with 7- and 8-year-old children who would like to participate in the ongoing research can call the UAB Youth Safety Lab at 205-934-4068 to learn more and register to participate.

Schwebel, a leader in the field of psychology and injury prevention, was recently named University Professor by the University of Alabama System Board of Trustees. He was also recognized with the Dennis Drotar Distinguished Research Award from the Society of Pediatric Psychology, the top research award in the scientific society, and was named to the Board of Scientific Counselors at the National Center for Injury Prevention and Control, Centers for Disease Control and Prevention. 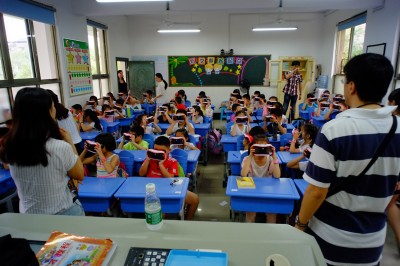 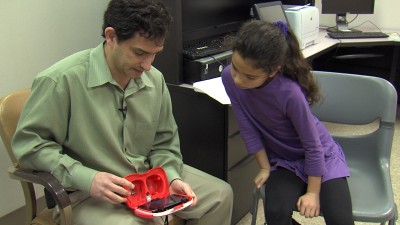