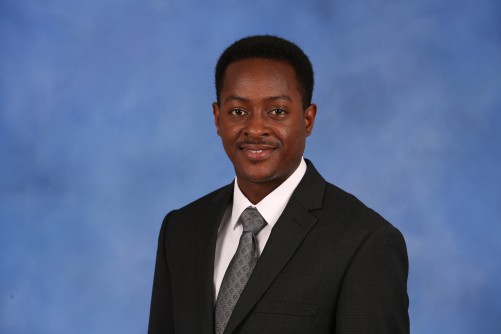 Dr. Abdullahi Salman’s research will consider the interactions between humans and infrastructure, and how decisions made by communities can alter vulnerability to natural hazards.

Newswise — HUNTSVILLE, Ala. (Sept. 7, 2022) – Improving overall hurricane and severe weather resilience of coastal communities is the goal of a five-year, $505,000 National Science Foundation (NSF) CAREER grant awarded to a researcher at The University of Alabama in Huntsville (UAH).

“The emphasis of the research within the five years is on the impact of coastal hazards, particularly hurricanes, on electric power systems, water networks and road networks,” says Dr. Abdullahi Salman, an assistant professor of civil engineering at UAH, a part of the University of Alabama System.

“For example, water-treatment plants, pumping stations and storage tanks require electricity to function. So, it is crucial to consider the interdependency and cascading failures in modeling system performance and resilience,” Dr. Salman says.

As part of the project, a new method for modeling the interdependency between the infrastructure systems will be developed.

“The project goes beyond modeling civil infrastructure as a system to consider the interactions between humans and infrastructure, and how decisions made by communities can alter their vulnerability to natural hazards,” he says. “Hence, the project is co-funded by two NSF programs: Civil Infrastructure Systems and Humans, Disasters, and the Built Environment, both under the NSF Division of Civil, Mechanical and Manufacturing Innovation.”

Better responses to storm preparedness and resilience are a $1.775 trillion need. That’s the total cost of damages to infrastructure and communities from weather and climate disasters alone in the United States from 1980 to 2019.

“These losses have been increasing over the years, partly due to increasing urbanization and population growth, especially in coastal areas, which has led to increased exposure and vulnerability of infrastructure and communities,” says Dr. Salman. “There is a need for models and metrics to assess and improve the resilience of our infrastructure.”

The research will begin with an examination of how socioeconomic factors such as income, age and health status influence outcomes after damage to infrastructure systems following severe weather events.

Dr. Salman will use that information to formulate infrastructure-resilience models and metrics that integrate social vulnerability factors into pre-disaster resilience improvement and post-disaster recovery planning.

“Resilience here is defined as the ability of infrastructure systems to withstand and recover rapidly from disruptions,” Dr. Salman says. “Current infrastructure resilience models focus on the physical damage to infrastructure and the resulting impact on system performance. However, the impact of damage to civil infrastructure varies for different populations within communities.”

Some people may be more adversely impacted by electrical or road system service interruptions in the wake of bad weather than others.

“We will define the factors that exacerbate the consequences of damage to each infrastructure system,” Dr. Salman says. “Then, new resilience assessment models and metrics that explicitly consider the socioeconomic factors will be developed.”

Those models will inform the development of a multi-criteria decision-making framework to guide the resilience improvement decisions of communities in advance of bad weather events. Various strategies will be evaluated and compared based on their effectiveness in improving system resilience, cost and potential to reduce indirect losses like societal economic losses due to infrastructure disruptions.

The final goal is to develop a multi-objective resilience-driven optimization model for infrastructure post-disaster recovery planning.

“Planning post-disaster recovery of infrastructure systems can be a daunting task because the solution space is large and complex, with many constraints and conflicting objectives,” Dr. Salman says. “The problem is expected to be computationally difficult to solve and will require the integration of network flow simulation and scheduling optimization. The challenge, therefore, is to develop an efficient solution method capable of finding the optimal or near-optimal solution.”

He plans to use metaheuristic algorithms to solve the optimization problem and they are expected to provide an optimal or near-optimal solution with a reasonable computational effort.

As part of the project, new undergraduate and graduate-level courses on infrastructure and community resilience will be developed and offered to students at UAH and other universities in Alabama through the University of Alabama System's Intercampus Interactive Telepresence System.

The courses will teach the basic concept of resilience, methods to assess the resilience of infrastructure and communities, and existing and emerging decision-making methods that policymakers can use.

“The aim is to motivate the public to support risk mitigation and resilience improvement policies and educate and entice K-12 students to pursue careers in civil engineering,” Dr. Salman says.

The computer-based exhibit, tentatively entitled “Coastal Resilience to Hurricanes,” will include a module introducing the concept of infrastructure resilience and social vulnerability, a hands-on experience on modeling hurricane storm surge, a portal for participants to provide feedback and a questionnaire designed to assess the effectiveness of the exhibit.