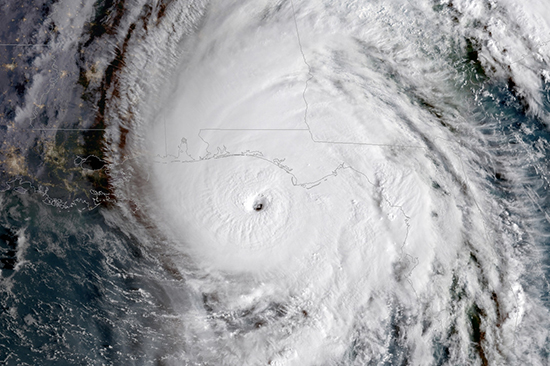 NOAA Satellite image of Hurricane Michael making landfall along the Florida Panhandle in 2018. 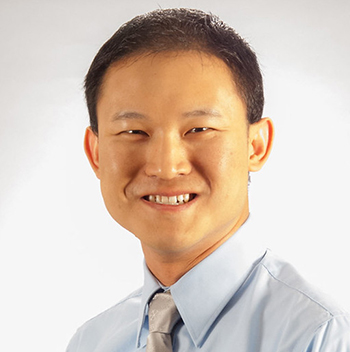 Current hurricane models do not typically forecast rapid intensification well, according to Tang. This is due to, what he says, is three complex processes at play: the environment around a hurricane; thunderstorm clouds within a hurricane; and small-scale turbulent motions between the ocean and clouds.

His goal is to examine how these processes are working together – guiding improvements in hurricane forecast modeling.

“To borrow a phrase from the great American astronomer Carl Sagan, hurricanes are a microcosm of the ‘awesome machinery of nature.’ Understanding how this machinery works in a hurricane, particularly ones that rapidly intensify, drives me as a researcher studying these storms,” said Tang, an associate professor in the University’s Department of Atmospheric and Environmental Sciences (DAES).

Tang is teaming up with the National Center for Atmospheric Research and the University of Miami over the next five years to conduct the research. DAES professor Robert Fovell is also collaborating as a co-principal investigator.

In addition, the group plans to be involved in an ONR field project to collect data from inside  hurricanes using reconnaissance aircraft. They will also be recruiting graduate students and postdoctoral research associates to join the research team.

“Accurate hurricane intensity forecasts are critical to resiliency and preparedness,” Tang said. “It is our hope that this research will help improve forecasts of hurricane intensification, so that emergency managers, government officials, the military, and the public may make more informed decisions ahead of threatening hurricanes.”

You can learn more about Tang by visiting his UAlbany expert page.