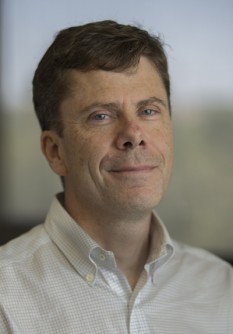 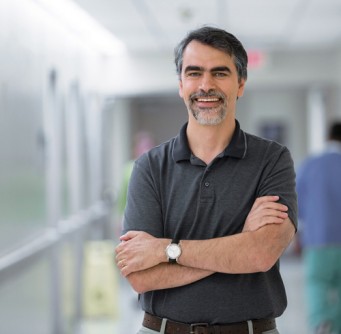 Newswise — A UC Davis research team has been awarded $15.5 million to build the world’s first total-body positron emission tomography (PET) scanner, which could fundamentally change the way cancers are tracked and treated and put the university on the nation’s leading edge of molecular imaging.

The Transformative Research Award, part of the National Institutes of Health High-Risk, High-Reward Program, supports bold and untested ideas that have the potential to be paradigm shifting. This award is one of eight given in the transformative research category in 2015. The five-year grant, administered by the National Cancer Institute, will fund the EXPLORER project, led by Simon Cherry, distinguished professor of biomedical engineering, and Ramsey Badawi, professor of radiology.

PET scans are widely used to diagnose and track a variety of diseases, including cancer, because they show how organs and tissues are functioning in the body (in contrast to MRI or CT scans, which mostly show anatomy). The EXPLORER project would address shortcomings of the current scanning technology, which requires more time and expose the patient to more radiation because scans are done in 20-cm segments.

“The vision of the EXPLORER project is to solve two fundamental limitations of PET as it is currently practiced,” said Cherry, who is co-director of the Biomedical Technology Program at the UC Davis Comprehensive Cancer Center. “The first is to allow us to see the entire body all at once. The second huge advantage is that we’re collecting almost all of the available signal, which means we can acquire the images much faster or at a much lower radiation dose. That’s going to have some profound implications for how we use PET scanning in medicine and medical science.”

Cherry and Badawi predict that by seeing the entire body simultaneously, their scanner could drop the radiation dose by a factor of 40 or decrease scanning time from 20 minutes to just 30 seconds. A quicker scan also could reduce the incidence of images blurred by patient movement.

The technology would have implications in diagnostics, treatment and also drug development. With whole-body PET, physicians could diagnose a disease and then follow its trajectory in a way never before possible and that could affect how patients are treated. This approach reflects the current trend in medicine to develop systems-based treatments and more individualized care.

Additionally, pharmaceutical companies could use the scanner to show how drugs and compounds are transported through the body and determine whether a drug is targeting the disease or whether it goes to other organs, where it could cause harmful side effects.

“There are many questions that we couldn’t possibly ask before — and now we will be able to ask them,” Badawi said. “This is not just a big instrumentation grant. It’s going to give us a tool that will allow us to see things we’ve never seen before.”

After additional studies, the researchers are hoping their technology will lead to new discoveries of the human body and even launch a whole diagnostic field.

“This could be a total game-changer,” said Ralph de Vere White, director of the UC Davis Comprehensive Cancer Center. “If this works, it’s going to change medicine. It’s going to change cancer detection and how we evaluate therapies.”

Cherry and Badawi are joint principal investigators. The team also includes Jinyi Qi, professor of biomedical engineering, who leads the computational aspects of the project, and Terry Jones, volunteer clinical faculty in diagnostic radiology, who has developed some of the key potential biomedical applications for the scanner and will be directly involved in planning the early uses of the EXPLORER technology for human imaging studies.

The project is a consortium led by UC Davis that also involves University of Pennsylvania and Lawrence Berkeley National Laboratory researchers.

Fundamental research for the EXPOLORER project was made possible by the UC Davis Research Investments in the Sciences and Engineering program, designed to launch large-scale interdisciplinary research activity at the university. Additional support was provided by the National Cancer Institute. 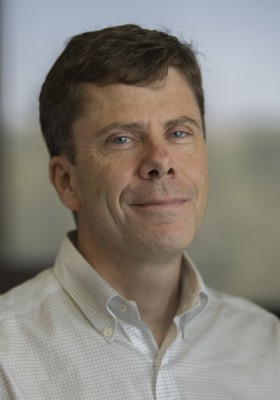 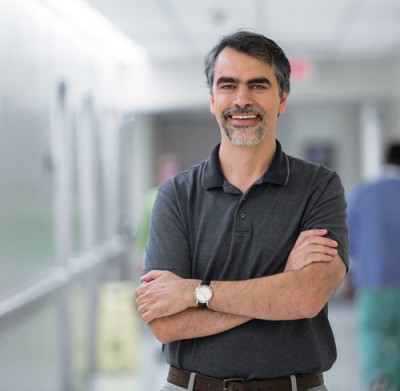