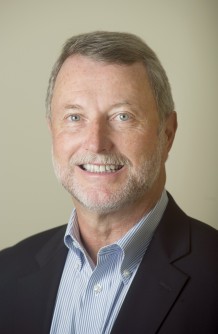 Newswise — The UC Davis MND Institute has been awarded a 5-year, $12 million Autism Centers of Excellence (ACE) grant, one of five in the nation, to create a “Center for the Development of Phenotype-based Treatments of Autism Spectrum Disorder.”

The center will take a personalized medicine approach to addressing autism spectrum disorder (ASD) treatment based on a child’s behavioral and biological characteristics with the goal of identifying and tailoring treatments that improve quality of life.

“Autism is a truly heterogeneous disorder; no two individuals with ASD have exactly the same characteristics, and so it is unlikely that a single drug or treatment will be the answer,” said David Amaral, UC Davis distinguished professor and MIND Institute research director and director of the ACE. “We plan to home in on specific ASD subtypes to ultimately enable development of more effective therapies for each one.”

The center will initially focus on two subgroups: children with ASD who also have troublesome anxiety, and those with ASD and also have enlarged brains.

An estimated 40-80 percent of children with ASD experience clinically significant anxiety, a condition often missed in children who are nonverbal or have intellectual disability. Even children who have pervasive anxiety symptoms are rarely treated for the condition.

Marjorie Solomon, professor in the Department of Psychiatry and Behavioral Sciences at the MIND Institute, will lead an effort to identify children with ASD who have anxiety, even if they have intellectual disability, and treat them with cognitive behavioral therapy and a medication called sertraline, a type of serotonin reuptake inhibitor, or SSRI. The team also will conduct brain scans in participants before and after these interventions to investigate potential neural signatures of anxiety and of responses to treatment.

"If anxiety can be identified and effectively treated the quality of life of those affected will be enhanced and this may enable behavioral therapies to better address other symptoms of autism,” Solomon said “The neuroimaging component of the study also may help reveal the neural mechanisms of anxiety and allow us to select psychosocial and medications treatments tailored for affected individuals.”

An enlarged brain, also called megalencephaly, is found in approximately 15 percent of boys with ASD, but is less common in girls. Early research data indicate that boys with ASD who have megalencephaly are less verbal at age 3 and make fewer gains in their IQ by age 5. The study aims to determine which cognitive processes and brain systems are most affected children with ASD and megalencephaly.

"These are children that get just as much behavioral therapy as other children with autism but in general don't seem to benefit as much," said Christine Wu Nordahl, associate professor in the Department of Psychiatry and Behavioral Sciences at the MIND Institute who will spearhead this ACE project. "Our goal is to find new targets for treatment to help these children."

In addition, collaborators at Stanford University will produce induced pluripotent stem cells (iPSCs) from a subset of the children evaluated in the megalencephaly study. These iPSCs will then be reprogrammed to produce neurons, the primary cell types of the brain, and glial cells, a secondary cell type that has supportive functions such as immune response. The investigators will then be able to study whether these brain cells have alterations of genetic pathways or control mechanisms that may lead to the enlarged brain. Analysis of these cells may provide additional insights into potential treatment targets.

"This is an area of research that might have been considered science fiction just a decade ago, yet now allows a window of observation into the brain of children affected with disorders such as autism,” Amaral said. “It is the epitome of a personalized medicine approach to treatment."

The study will include approximately 390 families already participating in the MIND Institute’s Autism Phenome Project, which has been collecting behavioral, medical, biological and genetic information since 2006 in an effort to define subtypes of autism that have implications for understanding, diagnosing and treating the disorder. They plan to recruit an additional 80 young children with ASD, as well as children with both autism and enlarged brains, along with typically developing children who will serve as controls. By the end of five years, the study group will comprise 700 families – the largest such cohort in the world.