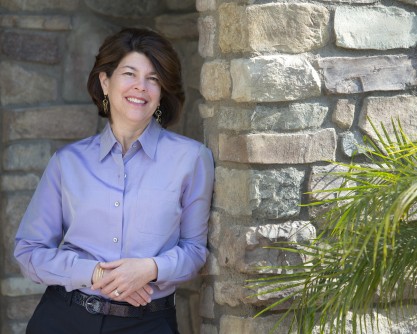 Elizabeth Lacasia sought out personalized treatment after she was diagnosed with stage IV lung cancer. 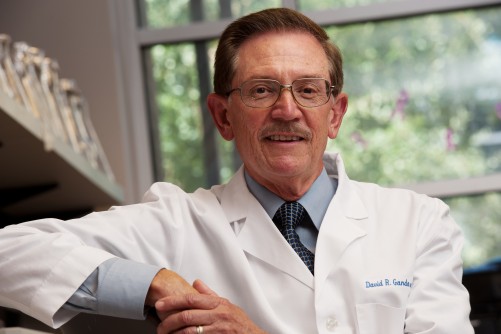 Newswise — As a woman in her mid-forties who didn’t smoke, Elizabeth Lacasia never expected to be diagnosed with lung cancer. But in 2006, after she developed a persistent and serious cough, a chest X-ray and CT scan revealed several tumors in her lower left lung.

She was eventually diagnosed with stage IV lung cancer, a rare subtype called “bronchioalveolar carcinoma.” Over the next 18 months, she underwent two surgeries followed by a tough combination of a targeted drug treatment and two chemotherapies. Yet the cancer continued to spread. As it turned out, the chemotherapy she was taking was later found to be ineffective against her cancer, although it caused significant side effects.

Lacasia, who was an avid rollerblader, a snow skier and had a successful career with a biotech oncology company, was not a woman who gave up easily. She contacted David Gandara, a nationally recognized lung cancer expert and senior advisor for clinical research at the UC Davis Comprehensive Cancer Center.

Gandara is known for his emphasis on “personalized treatment” using information available through genetic testing of a patient’s tumor to find the most effective therapies. Lacasia underwent a battery of molecular and genetic tests to help identify whether her cancer would respond to drugs designed to target specific genetic mutations in her cancer. These tests can also reveal which chemotherapies might be most effective in fighting a patient’s tumor.

“The genetic testing panel I underwent at UC Davis was very cutting-edge, and it provided important information about how to effectively treat my cancer,” Lacasia now says.

In Lacasia’s case, the molecular and genetic tests revealed that her cancer was a “wild type,” meaning it did not have the mutations that can cause some lung cancers to take hold and spread, and which can be effectively targeted by new state-of-the-art medications. So Gandara recommended a clinical trial that used an approach now proven effective for people with Lacasia’s “wild type” cancer.

Instead of just one medication, patients like Lacasia in the clinical trial received two drugs, usually considered ineffective when used together. Yet in the clinical trial, Lacasia took the two drugs – erlotinib (Tarceva) and pemetrexed (Alimta) – in a novel alternating schedule that Gandara knew from experience could help treat Lacasia’s cancer.“The novel schedule in which we give the drugs enables patients to get the greatest benefit from both therapies,” Gandara says.

“By using this approach, we took two drugs that ordinarily just provide disease control – that is, the cancer stops growing – and made them much more effective,” he says. This approach is now being used at hospitals worldwide, as well as in UC Davis’ oncology program clinical trials, chaired by oncology physician-scientist Tina Li.

The treatment Lacasia received in the clinical trial proved to be extraordinarily effective against her cancer. She had a “complete response” – meaning that there were no visible signs of lung tumors on screening tests, and the cancer has stayed in remission for more than two years.

“We hope my cancer can be managed more like a chronic disease, since I will be on treatment for the rest of my life,” Lacasia says.

Now, Lacasia is able to do the things she enjoys, such as gardening and creative writing. Married two years before her diagnosis, she lives in a house she and her husband designed and built together. She enjoys traveling and, for her birthday last year, she hiked to the top of one of the waterfalls at Yosemite National Park. She’s involved in the Bonnie J. Addario Lung Cancer Foundation as a support group participant. She also found solace through a group that helps cancer patients and survivors write about their experiences. “I’ve learned to confront my fears about lung cancer and find peace, and also be an advocate for the best cancer treatment I can obtain,” Lacasia says.

Through the genetic testing she underwent and the innovative treatment she received at UC Davis, Lacasia found renewed hope.

“I believe Dr. Gandara and the approach he took saved my life,” she says now.

At the same time, choosing to become an informed participant in her diagnosis and treatment –including genetic testing for her tumor and working with Gandara to try innovative approaches to therapy – has been crucial to her survival, she says.

“In fighting cancer you can’t be passive. If I had not switched to an oncologist whose philosophy aligned with my own, I don’t think I would be here today,” she says. 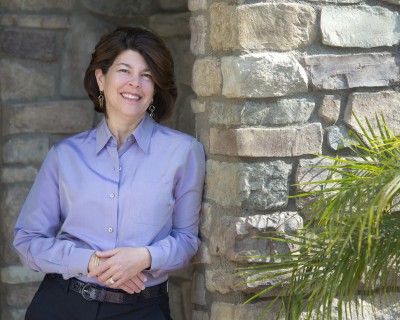 Caption: Elizabeth Lacasia sought out personalized treatment after she was diagnosed with stage IV lung cancer. 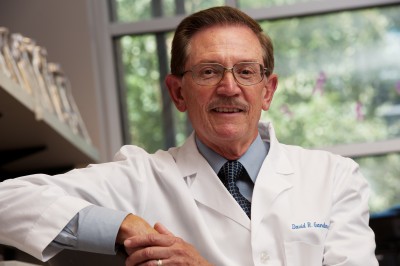