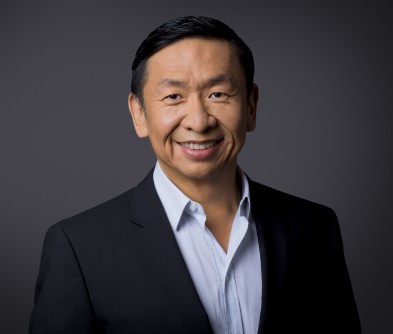 “The opportunity to share my experiences and inspiration with the graduates from the Merage School is an honor,” said William Wang, founder, CEO and chairman of VIZIO, Inc. “The future of global business lies in the hands of these young leaders who, I am confident, will guide us to new frontiers in innovation.”

“Throughout his career, William has been a catalyst for change. He is a true innovator who has transformed an entire industry through technology. His insight is invaluable to our graduating students as they dare to define their place on the global stage,” said Eric Spangenberg, dean of The Paul Merage School of Business.

William Wang began his career in marketing and sales for a successful computer monitor company. He then launched MAG Innovision and later, Princeton Graphic Systems. Following the U.S. government’s mandate to convert to digital TV, Wang saw enormous potential in delivering a superior TV to a mass-market audience. In 2002, he launched VIZIO with the mission to make high quality plasma and LCD technology affordable. By forming close partnerships with retailers, component suppliers and original design manufacturers, along with creating industry-leading operational efficiencies, Wang brought VIZIO’s products to Costco shelves by the second quarter of 2003. Four years later, millions of Americans owned VIZIO TVs, and by 2007, VIZIO became a leading HDTV brand in America.

Wang has received many accolades for his achievements, including Entrepreneur of the Year honors from Ernst & Young, Chapman University, the Orange County Business Journal, and as Chinese American Academic & Professional Society Model Entrepreneur. He was also recognized as one of Forbes’ 25 Most Notable Chinese Americans. An active philanthropist, Wang serves on the boards of the Segerstrom Center for the Arts and the Tim Salmon Foundation. He is a vice chair of the American Film Institute Corporate Council. Wang holds a Bachelor of Science degree in Electrical Engineering from the University of Southern California.

More information about the 2017 Commencement Ceremony can be found at merage.uci.edu/go/Commencement.

About The Paul Merage School of Business at UC IrvineThe Paul Merage School of Business at UC Irvine offers four dynamic MBA programs – plus PhD, specialty masters and undergraduate business degrees – that graduate world-ready business leaders with the exceptional ability to grow their organizations through strategic innovation, analytical decision-making, information technology and collaborative execution. While the Merage School is relatively young, it has quickly grown to consistently rank among the top five percent of all business programs worldwide through exceptional student recruitment, world-class faculty, a strong alumni network and close relationships with both individual business executives and global corporations. Additional information is available at merage.uci.edu.###