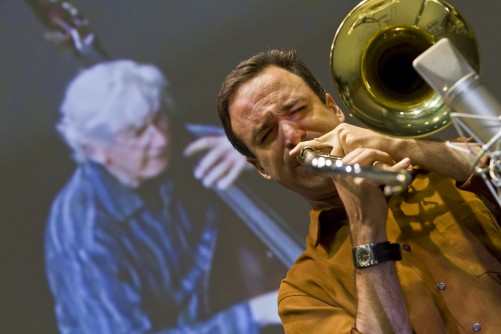 Mark Dresser (on screen) and Michael Dessen in a 2010 telematics duo performance between UC San Diego and UC Irvine. 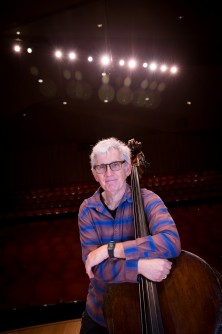 Newswise — Fourteen musicians. Three time zones. One live concert. The UC San Diego Department of Music is set to stage a monumental feat, melding the artistry of a live concert with the technical hurdle of crossing oceans and connecting continents at lightning-fast speeds.

On June 8, the Conrad Prebys Music Center at UC San Diego will be home to “Interconnections for Peace: A Telematics Concert in San Diego, Seoul and NYC,” where top musicians in each of the three cities will be livestreamed together: just like playing in one global concert hall.

Telematics concerts have been called Skype on steroids, and Department of Music’s Mark Dresser—an internationally acclaimed bass player, improviser, composer and interdisciplinary collaborator—says they push him in ways he never imagined. And he loves it.

“It’s a community affair, not only on the artistic level, but also on the technical and administrative level,” he said. “It’s labor intensive, but it’s a labor of love.”

What exactly is telematics, anyway?

In general terms, telematics deals with the long-distance transmission of information; in this case, music. It’s defined by musicians playing together, live, in different geographical locations. Technically, it incorporates performance-quality multichannel audio and video conferencing on high-bandwidth internet.

“The thing that was really shocking to me is the intensity of what we went through to connect, and what I thought about and tried to consider when making music for this format,” Dresser said, who has been teaching and working in telematics for 11 years.

The first large-scale undertaking, 2009’s “Deep Tones for Peace,” was performed with 13 musicians between Jerusalem and New York City and watched on five continents in more than 50 countries. That year also brought the first of two “ResoNations” peace concerts, which Dresser called “marathon events” staged over two years. The most recent, 2016’s “Changing Tides: A Telematic Translocational Concert Series,” was staged over three nights with musicians in four cities.

Dresser has staged telematics concerts with top musicians from all genres, in some of the most impressive locations in the world: from United Nations headquarters in New York City to Montreal, Belfast, Beijing, Seoul, Zurich and Prague. The list—including the potential for future locations, he said—goes on and on.

“Sometimes I felt more connected to those people 6,000 miles away than I was with the people in the room,” he said. “The idea of connection and consciousness has nothing to do with physical reality. It has to do with where your mind is. That point really hit home with telematics.”

A UC San Diego alumnus, Dresser received his bachelor’s degree from the Department of Music in 1983 and stayed for his MFA, awarded in 1986. He came to the university to study with bass innovator

Bert Turetzky, now professor emeritus. After several years making music around the world, Dresser returned to the university as professor in 2004, and it was over dinner at the Guelph Jazz Festival in 2007 where a pioneer in the genre, former faculty member Pauline Oliveros, brought Dresser into what Oliveros called “the telematics embrace.”

Recently awarded a MacDowell Colony summer residency fellowship, Dresser has been making similar “connections” with like-minded musicians and educators in the field for years.

“What’s surprising,” he said, “is that it has changed the way I hear. When I play with someone telematically, I’m hearing the details of what they’re playing sometimes with greater fidelity than in a concert hall. It changes the way you play.”

The process for putting together one of these multi-location concerts starts long before show night, up to a year and a half in advance. It’s intensive and complicated, and requires a keen understanding of sound, collaborative performance and timing. Soundwaves can only travel so fast.

“We want to see, for example, the level of synchrony we can achieve. How close can we play together, knowing there will be a delay? Delay can be a factor of a speed of light, so we compose for the medium, to create the illusion of synchrony,” he said. “When you have chemistry—when you have musical history—there’s lots that you can transcend. There’s lots of things you can do.”

On June 8, audiences will not only witness this technical feat, but they’ll experience six world-premiere pieces, four composed by University of California professors. Starting at 7 p.m. Pacific Daylight Time—that’s 11 a.m. the following day in Seoul—each piece will last approximately 20 minutes. Audiences will be present in each location and online as part of the NowNet Arts Festival.

The June 8 event represents the latest in a long line of socially motivated concerts for the group, a universal topic Dresser says is always relevant. Yoon’s composition will explore demilitarized zones, while Dresser’s “Embody in Seoul” is a playful inspiration from the standard jazz classic “Body and Soul.”

They are a tight-knit group, and Mitchell, Dessen, Weaver and Dresser have achieved a level of musical history not many can claim. The purpose is not to use telematics as a substitute for traditional concerts, Dessen said, but to extend live performance in new ways. Dessen calls it a “fascinating dialogue,” inspiring new forms of musical experience and community.

“Community is not necessarily the people you live near, it’s the people you have a common interest with,” Dresser said. “And within the telematics community, that doesn’t mean you have to be close at all. That just means you want to make something happen.”

More information about the free concert can be found on the Department of Music concert listing. 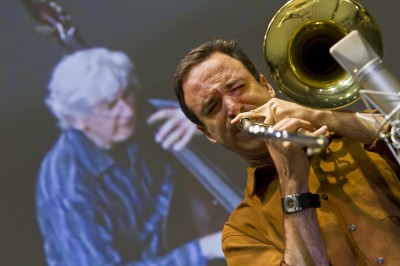 Caption: Mark Dresser (on screen) and Michael Dessen in a 2010 telematics duo performance between UC San Diego and UC Irvine. 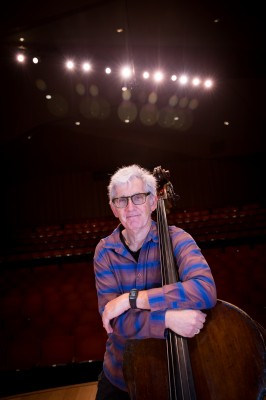