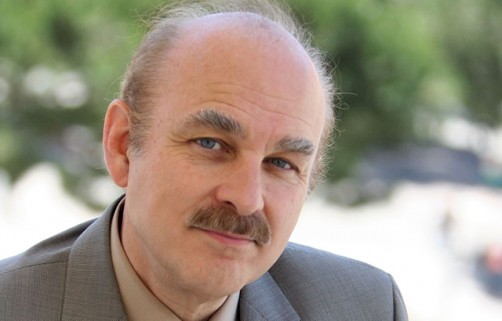 Rubén Rumbaut is a leading expert on immigration and refugee resettlement in the United States and a newly elected member of the American Academy of Arts & Sciences.

Newswise — Rubén Rumbaut, UC Irvine Distinguished Professor of sociology, has been elected to the American Academy of Arts & Sciences.

He’s among 197 new fellows elected this year to the 235-year-old academy, considered one of the nation’s most select societies. Joining him in the honor are Pulitzer and Nobel prize winners and some of the world’s most accomplished scholars; scientists; writers; artists; and civic, business and philanthropic leaders.

“Spanning disciplines, nations and generations, Professor Rumbaut’s research has played a pivotal role in defining how immigrants and children of immigrants attain education and transition into adulthood,” said Bill Maurer, dean of UCI’s School of Social Sciences. “We’re honored that the academy has recognized him for his many contributions, and we’re proud to have him among our esteemed faculty.”

Rumbaut is internationally known and widely cited for his research on children and young adults raised in immigrant families of diverse nationalities and socioeconomic classes. He has authored, co-authored or edited numerous publications on the topic, including 14 books – with two more forthcoming. Rumbaut earned a best book award from the American Sociological Association and, as a National Academy of Sciences panel member, contributed to two authoritative volumes on the U.S. Hispanic population. In 2013, he was elected to the National Academy of Education in recognition of his outstanding scholarship in educational research and policy development. The following year, he received the Distinguished Career Award from the American Sociological Association Section on International Migration.

Rumbaut mines data from large research projects he has directed since the 1980s, including two studies of refugees from Vietnam, Cambodia and Laos and how their children fared in San Diego public schools. Subsequent efforts looked at the educational achievements of immigrant students and language minorities throughout California.

Since 1991, Rumbaut has co-led the landmark Children of Immigrants Longitudinal Study, following subjects from dozens of nationalities in South Florida and Southern California as they become adults. From 2002 to 2008, he co-directed the Immigration & Intergenerational Mobility in Metropolitan Los Angeles study, which focused on 1.5- and second-generation young adults of Mexican, Salvadoran, Guatemalan, Filipino, Chinese, Korean, Vietnamese and other ethnic origins compared with native-parentage peers. Numerous follow-ups by Rumbaut and others have been based on this research.

He is currently involved in two longitudinal projects. One is an eight-year cross-national study examining the educational status and adult transitions of youth who grew up and stayed in their hometown of Ameca, Mexico, with those from Ameca who immigrated to California (whether documented or undocumented). Another, “The Second Generation in Middle Adulthood,” is a collaborative study with Cynthia Feliciano, UCI associate professor of Chicano/Latino studies and sociology, and a follow-up to the CILS San Diego sample of diverse nationalities almost a quarter of a century after the baseline surveys when they were 14-year-olds in eighth grade.

Rumbaut is a frequent keynote speaker at international conferences and is consulted regularly on immigration by national media. He has testified before the U.S. Congress at hearings on comprehensive immigration reform. In addition, he has been a visiting scholar at the Russell Sage Foundation and a fellow at Stanford University’s Center for Advanced Study in the Behavioral Sciences.

The new class of academy fellows will be inducted at a ceremony Oct. 10 in Cambridge, Mass.