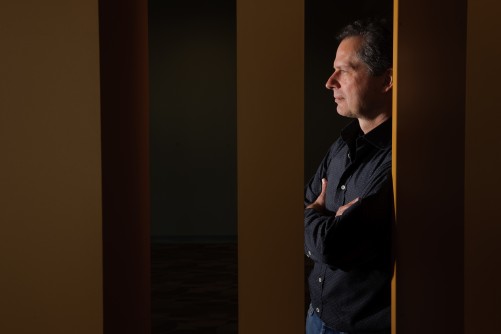 “We are delighted to be moving into the clinic after many years of bench research,” UCI's Dr. Henry Klassen said.

Newswise — Irvine, Calif., Aug. 12, 2015 — Participants are being enrolled in the first clinical trial that tests the use of retinal progenitor cells to treat retinitis pigmentosa, reported project director Dr. Henry Klassen of UCI’s Gavin Herbert Eye Institute and Sue & Bill Gross Stem Cell Research Center. The product of stem cell research at UCI, these retinal progenitors are similar to stem cells in terms of potential regenerative properties, but they’re specific to the retina.

To date, four participants with RP – all visually disabled due to the degenerative disease – have received cell injections, either at the Gavin Herbert Eye Institute in Irvine or at Retina Vitreous Associates in Los Angeles. This effort is in conjunction with the California Institute for Regenerative Medicine’s new Alpha Stem Cell Clinic network, of which UCI is a founding member.

“We are delighted to be moving into the clinic after many years of bench research,” Klassen said.

Retinitis pigmentosa is a rare genetic condition associated with progressive loss of retinal photoreceptors (rods, then cones), resulting in night blindness, tunnel vision and, ultimately, severe visual disability and blindness. There is no current treatment for RP, which is considered an “orphan” disease by the Food & Drug Administration, thereby conferring advantages in terms of the regulatory pathway necessary for drug approval.

The open-label phase I/IIa trial is designed to evaluate the safety of retinal progenitor cells injected into the vitreous cavity at two different dosage levels in patients with late-stage RP. Total enrollment will be 16 patients – up to 12 at UCI – all of whom will receive a single injection of cells into the worse-seeing eye under topical anesthesia. No systemic immune suppression is used. Participants will be followed for 12 months; safety and efficacy parameters will be monitored.

This first-of-its-kind stem cell-based treatment for RP was created by Klassen and Dr. Jing Yang, who co-founded jCyte to sponsor development of the investigational therapy, which is intended to preserve vision by intervening at a time when degenerating photoreceptors in the patient’s retina can be protected and potentially reactivated, as opposed to the more extreme challenge of replacing lost cells.

The initiation of this clinical trial represents the culmination of a research project stretching back more than a decade – a project, according to Klassen, accelerated by support from the state’s stem cell agency, the California Institute for Regenerative Medicine, formed in 2004 when voters passed Proposition 71. CIRM granted the team $17 million for the current phase of the project.

To learn more about the trial or to enroll, contact the UCI Alpha Stem Cell Clinic at 949-824-3990 or [email protected].