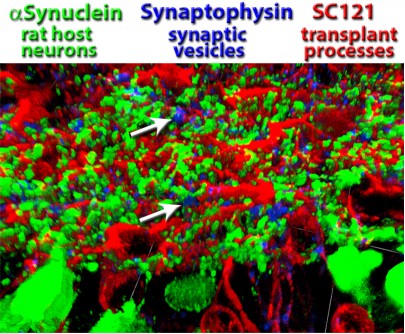 “Our goal is a treatment based on transplanting sheets of stem-cell derived retina, called retina organoids, to the back of the eye,” said Seiler, an assistant professor in the Department of Physical Medicine & Rehabilitation, UCI School of Medicine, and a researcher with the Sue & Bill Gross Stem Cell Research Center. “Advanced stages of this disease show irreversible loss of photoreceptors, the light-sensing cells in the back of the eye, and patients gradually go blind.”

Since 1995, Seiler and her team have pursued promising research into the development and use of retinal sheet transplantation, using a unique patented implantation instrument and procedure which has demonstrated improvement in visual responses in four different retinal degeneration models.

“The aim is to replace damaged photoreceptors with the hope of re-establishing neural circuitry within the eye,” Seiler said.

Seiler’s previous research led to Phase I and II clinical trials that demonstrated visual improvement after transplantation of sheets containing fetal retina with its retinal pigment epithelium in patients with RP and AMD, a condition that robs central vision due to retinal damage. A September 2018 study published in Experimental Eye Research showed that transplants of the tissue used in previous clinical trials developed mature photoreceptors and restored visual responses in the brain. Seiler’s current research aims to discover whether a more readily available source of cells, CSC-14 human embryonic stem cells, can replace the fetal source used in her prior work.

In May 2018, the Seiler lab published a retinal sheet transplantation study in Investigative Ophthalmology & Visual Science  which showed that transplanted human embryonic stem cell (hESC)-derived retinal sheets differentiated, integrated and improved visual function in a rat model of retinal degeneration using the same tissue that will be applied for the new grant project. Researchers used two methods to test visual function, testing for visual acuity and electrophysiological responses in the brain after stimulation with light. In both instances, stem-cell derived retinas significantly improved visual function. The stem cell-derived tissues developed into different retinal cells, including photoreceptors, and developed contacts between transplant and host cells, see image below.