Professor of art is among 180 recipients of the renowned award 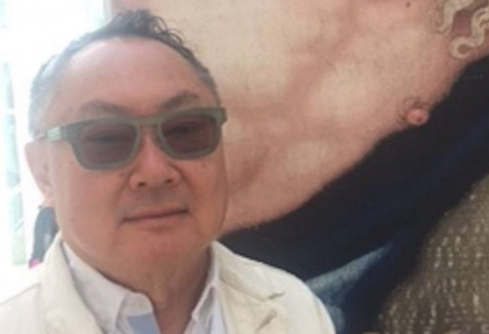 “It’s a great honor for me to receive this prestigious grant at this point in my art career,” says UCI’s Bruce Yonemoto, professor of art.

Newswise — Irvine, Calif., April 12, 2022 — Bruce Yonemoto, a video and digital media installation artist, educator, writer, curator, and professor of art at the University of California, Irvine, has been awarded a 2022 Guggenheim Fellowship. He joins 179 other American and Canadian scientists and scholars in the social sciences and humanities, as well as writers and artists of all kinds, in 51 fields receiving the prestigious grants.

Guggenheim Fellowships have been bestowed annually since 1925 by the John Simon Guggenheim Memorial Foundation to those who have demonstrated exceptional capacity for productive scholarship or exceptional creative ability in the arts.

“I am pleased to congratulate Professor Yonemoto on being awarded a 2022 Guggenheim Fellowship,” said Hal Stern, UCI provost and executive vice chancellor. “His recognition and the installation and video project the grant will support exemplify the creative and academic excellence of our UCI faculty.”

Yonemoto’s solo work has explored experimental cinema and video art within the context of installation, photography and sculpture. He has continually been a strong proponent of the integration of fine arts and media. Over the past 28 years, Yonemoto has developed an oeuvre within the overlapping intersections of art and commerce, of the gallery world and the television screen. His creations are part of the permanent collections of many museums, including the Museum of Contemporary Art in Los Angeles, the Museum of Modern Art and the Whitney Museum of American Art in New York, the Hammer Museum at UCLA, and France’s National Foundation for Contemporary Art.

“It’s a great honor for me to receive this prestigious grant at this point in my art career,” Yonemoto said. “It’s always gratifying to be recognized by a group of your peers. I’m looking forward to completing my new work with the support from the Guggenheim Foundation.”

The fellowship will support his project “Not of Skin or Color,” which continues Yonemoto’s personal desire to give voice to Americans of Asian descent. What makes this work crucially relevant, he said, is the resurgence of Asian hate crimes replicating those of the 1940s. The new installation will incorporate the ancient Asian painting tradition of lacquer and “apply” it to common Western objects; it will also employ video.

Yonemoto explained that the project represents the metaphor of Asia “covering” the West and transforming Western ideas of Eastern identity.

“Just by ‘applying’ lacquer to an object immediately makes it Asian. It’s fascinating to me that a thin layer of lacquer can function as a skin that changes cultural identity,” he said. “At this inflection point for our democracy, I hope my project will change the conversation of hate perpetuated by colonial cliches perpetuated by Western culture and media, which continue to promote the ideology of ‘Orientalism.’”

Yonemoto has been honored with numerous awards and grants from the National Endowment for the Arts, the American Film Institute and The Rockefeller Foundation, among other organizations.

The John Simon Guggenheim Memorial Foundation has bestowed nearly $400 million in fellowships on over 18,000 individuals, including more than 125 Nobel laureates; members of all the national academies; winners of the Pulitzer Prize, Fields Medal, Turing Award, Bancroft Prize and National Book Award; and recipients of other internationally recognized honors.

UCI now has 37 Guggenheim Fellows from various backgrounds and fields of study.