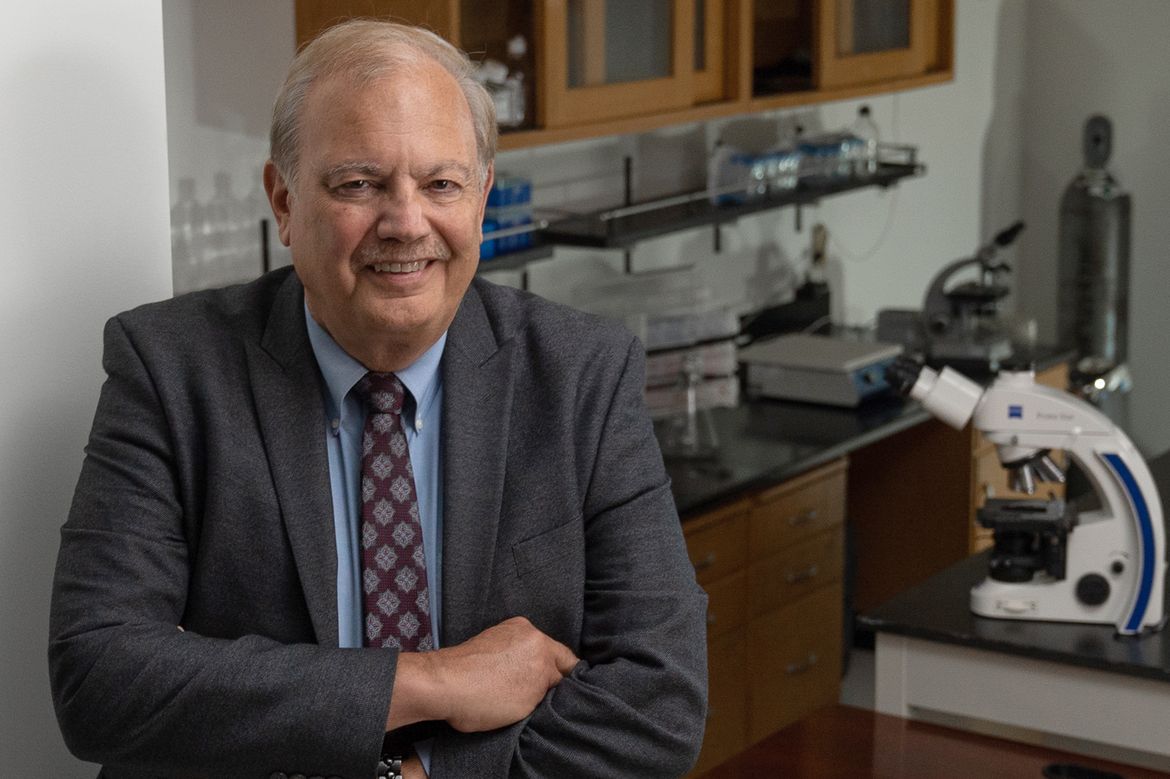 Newswise — Physician-scientist Dr. Dennis Slamon, professor and chief of hematology/oncology at the David Geffen School of Medicine at UCLA, has been awarded the 2019 Lasker-DeBakey Clinical Medical Research Award for the groundbreaking development of breast cancer drug Herceptin (trastuzumab), a life-saving therapy for women with HER2-positive breast cancer. He shares the award with H. Michael Shepard, an American cancer researcher honored for work he completed at biotechnology company Genentech; and Axel Ullrich, a German cancer researcher from the Max Planck Institute of Biochemistry.

The Albert and Mary Lasker Foundation honored Slamon and colleagues for demonstrating that monoclonal antibodies — proteins that bind to specific invader organisms or abnormal (e.g., cancerous) cells — were a viable and effective strategy to treat solid tumors, opening a new path to develop and deploy antibodies to treat cancer.

“Dr. Slamon is a scientific pioneer whose research has benefited countless patients and families,” said Dr. Kelsey Martin, dean of the Geffen School of Medicine. “Everyone at UCLA is extremely proud that his accomplishments are being recognized by the Lasker committee.”

The development of Herceptin marked a new era of more effective therapies designed to fight cancer at its genetic roots. In the early 1980s, Slamon first identified an aggressive subtype of breast cancer called HER2-positive or HER2+. Several years later, he and his team discovered a link between the HER2+ gene mutation and aggressive breast cancer. He then proved the theory that if researchers could identify what was broken in a cancer cell compared to a normal cell, they could attempt to target and treat it specifically without damaging normal tissue — something many cancer researchers doubted would be effective.

“There were a lot of preconceived notions that this approach couldn’t work because prior antibody therapies in cancer had failed,” said Slamon, who is also the director of clinical and translational research at the UCLA Jonsson Comprehensive Cancer Center. “However, we had clear data to back us up and we really stuck to pursuing it. I grew up being told that I was only limited by my own ability. That always stayed with me. You have to be very careful and critical of your data, but if it looks correct, believe it and chase it despite what others may think.”

The first human clinical trial led by Slamon was performed at UCLA in 1990. Twenty women — who he credits as being the real heroes in the Herceptin development story — participated.

“Those women who entered the phase one trials are not research subjects or patients, they’re colleagues,” Slamon said. “They’re every bit as much of the story as any of us because they participated in a trial knowing that we might be giving them something that would hurt them. And because it was a safety test, we had to start at levels that were not likely to even help them. But they all agreed and volunteered with the attitude that while it may not directly help them, it might help the next person behind them.”

“Dr. Slamon’s discoveries have revolutionized cancer care,” said Dr. Michael Teitell, director of the Jonsson Cancer Center. “I can’t overstate how significant his scientific achievements are to the field of oncology. I admire him for his tenacity, drive and devotion to find more effective ways to treat people with cancer.”

Slamon and colleagues opened an entirely new area of research. In turn, targeted therapies for cancer, including Erbitux, Sprycel, Nerlynx and Avastin, have emerged, thanks to research by other scientists. Slamon continues to lead the development of groundbreaking new treatments, such as palbociclib (Ibrance), which was approved by the FDA in February 2015 for women with advanced estrogen receptor-positive, HER-2-negative breast cancer.

“Over the course of his 40-year tenure at UCLA, Dr. Slamon has persevered in his research, leading to improved outcomes for patients,” said Johnese Spisso, president of UCLA Health and CEO of the UCLA Hospital System. “His efforts resulted in a new way of understanding breast cancer and we are grateful for the tremendous impact his work has had on the lives of millions of women worldwide.”

A 1975 honors graduate of the University of Chicago's Pritzker School of Medicine, Slamon earned his doctorate in cell biology that same year. He completed his internship and residency at the University of Chicago Hospitals and Clinics, becoming chief resident in 1978. One year later, he became a fellow in the division of hematology/oncology at UCLA.

Slamon also serves as director of the Revlon/UCLA Women's Cancer Research Program and is the executive vice chair for research at the Geffen School of Medicine. He has received dozens of national and international awards, including the 2019 Sjöberg Prize from the Royal Swedish Academy of Sciences and Sweden’s Sjöberg Foundation; the Medal of Honor for Clinical Research, the American Cancer Society’s highest honor; the Gairdner Foundation International Award; the Salk Award for Translational Research and the National Library of Medicine Distinguished Medical Service Award.

The honor marks the second year in a row that a UCLA scientist has won a Lasker Award, one of America’s most prestigious biomedical research awards. Michael Grunstein, a distinguished professor of biological chemistry at the Geffen School of Medicine, was awarded the 2018 Albert Lasker Basic Medical Research Award for his groundbreaking research on gene expression.

The Lasker Awards, widely regarded as America’s top biomedical research prize, will be presented Sept. 20 in New York by the Lasker Foundation. The honor carries a prize of $250,000, which Slamon, Shepard and Ullrich will split equally.

The foundation recognizes the most important achievements in science and public service, supports and encourages the scientific leaders of tomorrow, and raises awareness of the need for research funding. Established in 1942 by Albert and Mary Lasker, the foundation is committed to inspiring support for biomedical research.

Make a gift to support the Slamon lab.