Pharmacogenomics Expert Has Championed Diversity in a Long Career at UCSF 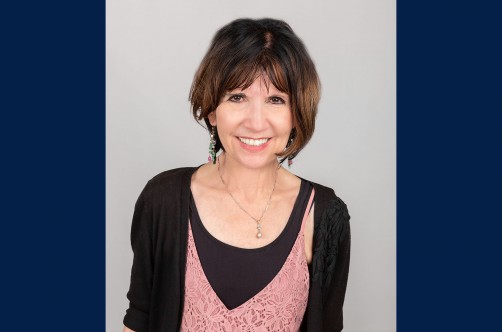 Newswise — Kathy Giacomini, PhD, a pharmacist and leading expert on pharmacogenomics, has been appointed dean of the UCSF School of Pharmacy. A world-renowned scientist, Giacomini is a professor of bioengineering and therapeutic sciences in the UCSF School of Pharmacy, a department she chaired for more than 10 years. In a long career at UCSF, she has been an active mentor to pharmacy students and graduate students, and a champion for women and underrepresented groups in science.

She takes the helm of a school that has been a decades-long leader and innovator and also includes pharmaceutical chemistry and clinical pharmacy, a field that was founded and developed at UCSF. The oldest pharmacy program in the West, the School has been the top recipient in its field in research funding from the National Institutes of Health every year since 1979 and is home to acclaimed training programs for PhD researchers and PharmD clinicians.

“Kathy brings stellar scientific credentials, leadership, and a deep understanding of the School’s research, educational and clinical missions,” said UCSF Chancellor Sam Hawgood, MBBS. “I look forward to her ideas on expanding upon the School’s rich history in both research and clinical pharmacy, as well as further integrating pharmacy into UCSF Health’s ecosystem.”

Giacomini said she would like to start by bringing more quantitative training to clinical pharmacy to expand pharmacists’ professional opportunities and take advantage of UCSF’s expertise in quantitative sciences, including the School’s Quantitative Biosciences Institute.

She also hopes to provide pharmacy students with training in the evolving field of regulatory science, an area she has led as co-director of the UCSF-Stanford Center of Excellence in Regulatory Science and Innovation (CERSI), which is funded by the Food and Drug Administration to help them develop technologies and methodologies to evaluate emerging medical products.

“If they have that, they have so many more opportunities,” she said.

An Illustrious Career in Pharmacy Research

Giacomini has spent her entire research career doing work, such as pharmacogenomics, that is specifically housed in schools of pharmacy. Her research on genetic variation in how people metabolize and transport drugs has been highly influential in pharmacology, and has been recognized through numerous awards. These include the Volwiler Research Achievement Award – the highest research award given by the American Association of College of Pharmacy – and the Distinguished Pharmaceutical Scientist Award, a lifetime achievement award that recognizes individuals for their contributions to the pharmaceutical sciences. She is one of the few pharmacy-trained elected members of the National Academy of Medicine.

In three decades at UCSF, Giacomini’s lab has been at the forefront of the pharmacogenomics field. Her lab first determined the molecular identity and function of a large family of cell membrane transporters, then looked to see how genetic variations in these transporters across diverse populations affect human disease and create the potential for therapeutic and adverse drug responses.

She was the inaugural president of the Pharmacogenomics Global Research Network, a scientific society that focuses on how to implement pharmacogenetic testing for patient care. And her work extended from the laboratory into clinical studies to see how different people responded to common drugs like metformin, which is used in diabetes.

“That link between the science and the clinical practice is so important,” she said. “That’s what I can bring more of.”

Giacomini also has a strong commitment to diversity, equity and inclusion. As a lab director and mentor, she said she worked to create a trusting environment by opening meetings with diversity talks in which lab members introduce themselves and speak about their backgrounds in all their variety and complexity.

She was a member of and then chaired the Chancellor’s Advisory Committee on the Status of Women, which developed parental leave policies for the campus. And she won the Chancellor’s Award for the Advancement of Women, and the Martin Luther King Award at UCSF.

As the child of a Filipino mother and an Irish-American father who met in the Philippines during World War II, she considers herself multi-racial. Giacomini said her experience working in the top echelons of science at a time when she was often the only non-white person has taught her the importance of having respect for differences.

“I have been very concerned with diversity my whole career,” she said. “We’ll see what we can do, if I can channel it into doing good.”

About UCSF: The University of California, San Francisco (UCSF) is exclusively focused on the health sciences and is dedicated to promoting health worldwide through advanced biomedical research, graduate-level education in the life sciences and health professions, and excellence in patient care. UCSF Health, which serves as UCSF’s primary academic medical center, includes top-ranked specialty hospitals and other clinical programs, and has affiliations throughout the Bay Area. UCSF School of Medicine also has a regional campus in Fresno. Learn more at ucsf.edu or see our Fact Sheet.