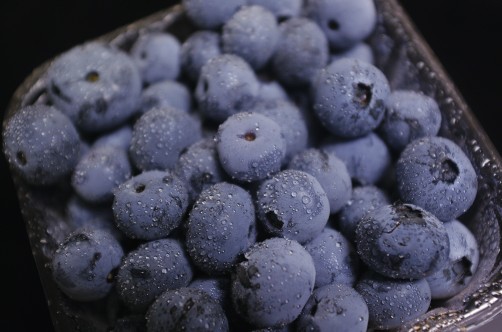 About 61 percent of blueberry consumers buy the fruit for its flavor, while 39 percent do so for psychological reasons, according to two national online surveys. By “psychological,” researchers mean those consumers may buy blueberries because they believe the fruit, which contains antioxidants, provides health benefits.

“What we’re trying to determine is: What is the consumer’s perception of the ideal blueberry? What should it look, taste and feel like?” said Olmstead, a faculty member with UF’s Institute of Food and Agricultural Sciences.

A company called Panel Direct Online recruited survey takers, using an online questionnaire to ensure participants bought blueberries in the 12 months before the survey and that they were evenly split between men and women.

Consumers valued such factors as “so sweet…no sugar added” and “bold and intense blueberry flavor” the highest. Also high on their list were “full of juice” and “full of antioxidants.”

Olmstead said his ongoing research includes improving blueberry texture, but survey respondents did not rate texture high on their list of preferred traits.

Using a nine-point scale, respondents were asked to rate their blueberry experiences, both good and bad. Respondents were tested on what scientists call psychophysics, or how your brain reacts to stimuli such as taste, smell and texture.

The survey used metrics designed by Howard Moskowitz, a psychophysicist who has helped companies, including Ragu, enhance flavors to meet consumer demand.

Florida blueberries generate $66 million annually, according to the Florida Department of Agriculture and Consumer Services. Native to North America, blueberries are now grown in South America, Europe, Asia and Australia.

Recent surveys by online grocer FreshDirect showed only 48 percent of U.S. consumers bought blueberries in the past year, compared with 88 percent who bought the top-selling fruit, bananas.

Developing a new blueberry variety can take more than 10 years, so before investing that time, scientists and growers need to know what consumers want, he said.

Olmstead co-wrote the paper with Colquhoun, doctoral student Jessica Gilbert, former undergraduate student Laura Levin and professor David Clark, all in the Plant Innovation Program at UF/IFAS, and Moskowitz, a consultant in White Plains, N.Y. The paper appeared online in the July edition of the journal HortScience.