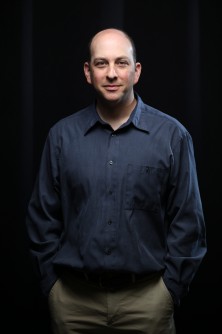 Newswise — (TORONTO, Canada – Nov. 6, 2017) – A research team led by scientists at the Krembil Research Institute in Toronto has identified a new neuroprotective factor that has the potential to help people suffering from the common blinding disease glaucoma.

“This discovery provides hope that we can devise a new strategy for protecting the vision of glaucoma patients,” said principal investigator Dr. Jeremy Sivak, who holds the Glaucoma Research Chair at the Donald K. Johnson Eye Institute at UHN and is Associate Professor at the University of Toronto School of Medicine.

The research team, which was led by Dr. Sivak and assisted by Dr. John Flanagan and Dr. Karsten Gronert of the University of California, Berkeley, published its findings today in a featured article in the Journal of Clinical Investigation.

As part of the study, researchers studied the different functions of cells in the retina and optic nerve; the delicate cable connecting the eye to the brain. The team identified an unconventional signal – a unique lipid called LXB4 that protects these neurons against the harmful effects of glaucoma in preclinical models.

“We found that this tiny lipid molecule is normally present in healthy eyes and acts as a neuroprotective signal,” said Dr. Sivak. “Healthy eyes produce LXB4, but in diseased eyes its levels are reduced. We showed that by restoring LXB4 we can preserve injured nerve cells from dysfunction and death.”

Glaucoma is a progressive neurodegenerative disease of the optic nerve that is irreversible and can eventually lead to blindness. It affects more than 400,000 Canadians and 70 million people worldwide. There is no known cure, and current treatments are limited to reducing eye pressure (a risk factor often associated with the disease). A method to preserve the survival of nerve cells is a major research and pharmaceutical goal for all neurodegenerative conditions.

“A particularly exciting part of this discovery is that we don’t think this effect is limited to glaucoma,” said Dr. Sivak. “This neuroprotection extends to the central nervous system and could be applicable to a host of other neurodegenerative diseases.”

Next steps for the research team include further investigation of the mechanisms that underpin this signal in the eye, and designing a practical method to activate it in the clinic. Researchers also plan to explore the potential application of this discovery to various other conditions, such as Alzheimer’s Disease and Parkinson’s Disease.

Funding for this study was provided by the Canadian Institutes for Health Research, The Natural Sciences and Engineering Research Council of Canada, the National Institutes of Health and the Toronto General and Western Hospital Foundation.

About the Krembil Research Institute

The Krembil Research Institute (or “Krembil”) is one of the principal research institutes of the University Health Network. The Krembil is focussed on research programs dedicated to brain & spine, arthritis and vision disorders with a goal to alleviate debilitating chronic disease through basic, translational and clinical research. Krembil is located at the Toronto Western Hospital in downtown Toronto. For more information, visit http://www.uhn.ca/Research/Research_Institutes/Krembil