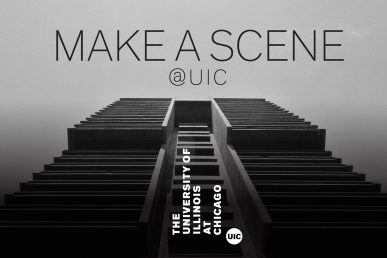 Newswise — When people turn on their televisions or walk into a movie theater these days, chances are good that they will get a chance to see the idiosyncratic brutalist architecture that makes the University of Illinois at Chicago campus stand out among the city’s skyscrapers.

After three decades of appearing as a location spot for scores of major motion pictures, TV shows and commercials, UIC is formalizing its campus-filming program as a one-stop shop for Chicago’s growing film industry.

“We want to put UIC on the map as a serious player under the moniker, ‘Chicago’s Most Film Friendly Campus,’” said Miguel Alba, director of the newly formed UIC Campus Film Office.

“UIC has been a go-to location for many TV programs and films over the years,” said Theresa E. Mintle, interim vice chancellor for the office of public and government affairs. “We are formalizing our program and relationship with the Chicago Film Office, State of Illinois Film Office, as well as industry representatives here in Chicago, to bring value and exposure to the richness of the UIC campus.”

The UIC film office website includes newly developed videos featuring campus sites designed to help location scouts and production companies become better acquainted with UIC. It is one of the ways that UIC has become “Chicago’s Most Film Friendly Campus.”

In addition, UIC has updated its program to tap into the industry’s need for unique location possibilities.

“We are showcasing that it’s easy to film here,” said Alba. “We are centrally located and we offer services to make it as easy as possible for production companies, from the initial location scouting all the way to final billing and everything they might need in between.”

According to the Chicago Film Office, more than 1,100 feature films and television productions filmed in Chicago have pumped $2 billion into the local revenue since 1980. Chicago attracts hundreds of commercials and photo shoots each year produced for both national and international clients.

Rich Moskal, director of the Chicago Film Office, applauded UIC’s efforts to renew its commitment to the growing film industry in the city. He said UIC’s film-friendly approach, as well as the campus’ location in the heart of downtown, makes it a valuable asset.

“It’s something producers want — if they come to Chicago they want to be able to show they are in Chicago, so being able to see the skyline immediately behind the campus is a huge asset,” said Moskal.

Among the other reasons that film company officials pick UIC is its interesting architecture. The oldest buildings by Architect Walter Netsch are good examples of Brutalism architecture, which play well in science fiction movies. Other spaces have appeared as classrooms, courtrooms, and labs. The campus’ police station appeared regularly on the Hill Street Blues show during the 1980s and has shown up on current shows.

“That makes UIC a one-stop shop in many ways for a production because you don’t just have one location, you have a half-dozen locations that they might be looking for,” said Moskal.  “Having it all under one roof, with one person to contact, with one office to coordinate makes the university stand out.”

The UIC Campus Film Office, facilities management and UIC Police work together regularly to make sure filming activities do not disrupt day-to-day business operations, the student experience, or classes that are in session.