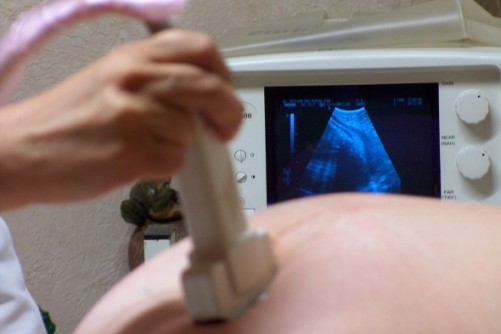 Newswise — Ultrasound is traditionally used on pregnant women to study the anatomy, movement and blood flow of the developing fetus, but University of Illinois at Chicago nurse researchers are using the imaging technique to identify women who are at risk of giving birth prematurely.

Each year in the U.S. more than 440,000 babies are born prematurely, defined as delivering a baby before the completion of 37 weeks of pregnancy. These premature births may cause numerous health problems, including behavior and neurological disorders, as well as physical developments such as pneumonia and meningitis. They can also lead to longer hospital stays and account for nearly a $30 billion cost to society.

UIC researchers, led by Barbara McFarlin, professor of nursing, have received a five-year $2.84 million grant from the National Institute of Child Health and Human Development to develop techniques to accurately predict preterm birth.

“By recognizing which women are at risk, health care professionals could provide early interventions, treatments and closely monitor these treatments to prevent preterm birth or to improve health outcomes,” McFarlin said.

Eight hundred women will be divided into three groups in McFarlin’s latest study: women who have previously had a baby prematurely; women who at 20 weeks have a shortened cervix; and a low-risk control group. The women will undergo an ultrasound examination of the cervix twice during the study: once at 20 weeks of pregnancy and then four weeks later.

There currently is no way to predict premature birth, McFarlin said. However, in some cases, health care professionals know that a preterm birth is likely because of a shortened cervix (the lower part of the uterus). McFarlin and her engineering colleague, William O’Brien Jr., a research professor at the Urbana-Champaign campus, are taking ultrasonic detection of cervical changes to a microscopic level.

In previous studies conducted in pregnant rats, McFarlin used ultrasound to detect collagen tissue changes in the animals’ cervix. She then took those findings and expanded the study to include pregnant women. Using the same noninvasive procedure she used in the animal model, McFarlin detected collagen changes in the cervix before the cervix shortened in women destined to give birth prematurely.

“At 17 to 20 weeks of pregnancy we were able to predict who was going to deliver preterm,” McFarlin said. “We found that before the length of the cervix shortens, the microscopic tissue structure has to change and the collagen remodels.”

In addition to conducting research using ultrasound, McFarlin will learn how the pregnant women respond to progesterone to prevent premature labor. Progesterone is the current standard of care for women who have previously delivered a baby preterm or who have a short cervix. Progesterone, a natural hormone, only reduces the incidences of prematurity by 40 percent, McFarlin said. “We want to find out what occurs with the other women and why it does not work,” she said.

McFarlin will also be assisted by Mulubrhan Mogos at the UIC College of Nursing.