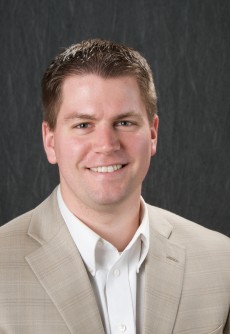 Newswise — Disgruntled shareholders are more likely to sue firms that use principles-based accounting standards instead of rules-based standards, according to a recent study by a University of Iowa accounting researcher.

The study, by Richard Mergenthaler, assistant professor of accounting in the Tippie College of Business, found that the more detailed and complex nature of rules-based standards shields firms from lawsuits. However, when a suit was filed, the study finds no relation between rules-based standards and the suit outcome.

The issue is important because the Securities and Exchange Commission (SEC) is considering adopting International Financial Reporting Standards, which are seen as being more principles-based than the current U.S. accounting standards. Principles-based standards are less complex and detailed than rules-based, and the findings of Mergenthaler’s study suggest the SEC’s proposed change may expose firms to greater litigation risk.

The SEC’s consideration of adopting new accounting rules is in response to the Sarbanes-Oxley law passed in the wake of the various corporate scandals in 2001 and 2002. In his study, “Rules-Based Accounting Standards and Litigation,” Mergenthaler notes that scholars, practitioners and policymakers, depending on their bent, believe that SEC action/inaction could lead to a corresponding increase/decrease in lawsuits. His study, with Dain Donelson and John McInnis of the University of Texas at Austin, is the first attempt to determine whether rules-based or principles-based standards are more apt to affect firms’ litigation risk.

In his study, Mergenthaler’s team examined 353 class action securities lawsuits brought by investors against firms between 1996 and 2005. In 189 of those cases, firms restated earnings and acknowledged that a previous earnings statement was incorrect. In 164 of the suits, the firms did not restate earnings.

In those suits that do not involve restatements, the plaintiff tended to allege violations of principles-based standards because they had no specific evidence to allege a rules-based violation Mergenthaler says, suggesting rules shield firms from litigation.

In those suits that did involve earnings restatements, the study found violations of rules-based standards are associated with a lower probability of litigation.

Mergenthaler says these findings suggest the more rigorous rules-based procedures make it more difficult for shareholders to prove wrongdoing by the firm, making it less likely they’ll file a lawsuit. He says it’s difficult to demonstrate that managers intentionally misstated their financial statements when standards are complex. For instance, he says, the misstatement may simply be the result of an innocent mistake and not the result of malfeasance.

He says plaintiffs also find it harder to allege a specific violation of accounting procedures prior to the dismissal decision because they only have access to public information.

“This suggests rules-based standards decrease litigation risk by providing an ‘innocent misstatement’ defense for the restatements so they are not cited in lawsuits,” Mergenthaler says, noting that it’s easier for plaintiffs to second guess accounting decisions under the principles-based standards.

But while the study suggests that firms impacted more by rules-based standards are less likely to be sued, Mergenthaler says it also showed that when lawsuits are settled, whether the firm uses rules- or principles-based procedures appeared to make little difference on the outcome.

Mergenthaler’s study was published in The Accounting Review and is available online at http://aaajournals.org/doi/pdf/10.2308/accr-10274.