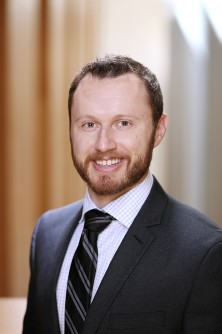 Craig, along with co-author Marisabel Romero (Colorado State University), will have their article published in the June 2017 “Journal of Consumer Research.” According to the study, “Costly Curves: How Human-like Shapes Can Increase Spending,” even subtle reminders of idealized bodies can encourage overweight consumers to overspend.

“In our research, we show that exposure to body cues (i.e., shapes) can have unintended consequences on seemingly unrelated behavior, such as spending,” write the authors. “We demonstrate that seeing a thin (vs. wide) human-like shape leads high-body-mass-index consumers to make more indulgent spending decisions.”

The authors found that mere reminders of the thin-body ideal can cause overweight consumers to feel worse about their own abilities, including less capable of managing their spending impulses. In general, when consumers feel less capable, they tend to show lower motivation for control.

These findings suggest that consumer advocates should be wary of reinforcing the link between weight, self-control, and financial achievement, as doing so can be counterproductive for consumers trying to control their behavior. The implications are particularly important given the negative consequences such messages could have on consumer debt and spending.