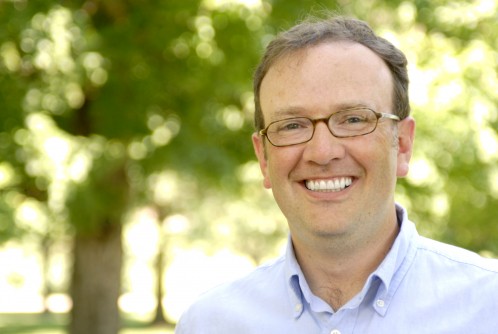 Newswise — LEXINGTON, Ky. (April 30, 2015) — Jason DeRouchey, assistant professor of chemistry at the University of Kentucky, has received a prestigious five-year, $691,000 National Science Foundation (NSF) Faculty Early Career Development (CAREER) Award for his project, “Linking Structure, Stability and Protection in Protamine Packaged DNA.” The CAREER Award is given in support of junior faculty who exemplify the role of teacher-scholars through outstanding research, excellent education and the integration of education and research within the context of the mission of their organizations. Funds from the award will allow DeRouchey to study the ways in which protamines (a class of proteins) package, protect and store DNA in sperm cells. The mechanisms underlying the tight packaging of DNA by protamines remain poorly understood, but have important health ramifications as well as promise for the development of new DNA based technologies. DNA damage is cumulative in sperm, repaired only after fertilization and affects not only male fertility but was recently shown to impact normal embryonic development, DeRouchey says, and his research will provide detailed insight into how the chromatin structure can be modified and the result of such modification on the protection of the sperm genome. DeRouchey said that his research has very broad applications. “A better understanding of the mechanisms of DNA packaging in sperm may have a direct effect on health such as improving assisted reproductive technology (ART) in identifying damaged sperm," DeRouchey said. "In addition, there are unique aspects of protamine-DNA interactions that have the potential to be exploited in synthetic systems aiding the development of new DNA delivery systems or biosensors.” DeRouchey’s CAREER award will offer multidisciplinary training opportunities to undergraduate and graduate student researchers, and includes K-12 education initiatives in chemistry and biophysics, along with the continued development of massive open online courses (MOOCs). In addition, summer workshops will be created for high school teachers to learn about and actively participate in refining and assessing the proposed MOOCs to best meet the needs of teachers and their students nationwide. Professor DeRouchey joined the UK Department of Chemistry faculty in 2010. He received his bachelor's degree in chemistry from the University of Texas at Dallas in 1996 and then obtained master's and doctoral degrees in polymer science and engineering at the University of Massachusetts-Amherst. He first began working with questions of DNA structure and dynamics as an Alexander von Humboldt Fellow working with Professor Joachim Rädler at the Institute of Experimental Physics at the Ludwig Maximilians Universität Munich. He then continued investigations on the biophysics of DNA as an Intramural Research Training Award Fellow in the Laboratory of Physical and Structural Biology at the National Institute of Child Health & Human Development at the National Institutes of Health.