1-Mar-2018 10:05 AM EST, by University of North Carolina at Charlotte
favorite_border 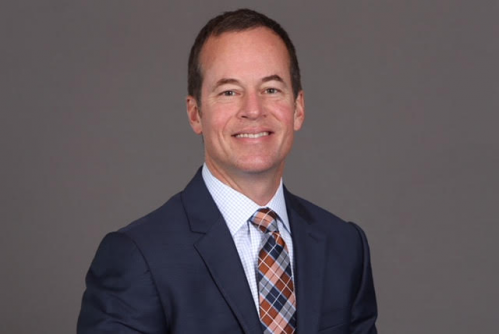 Newswise — CHARLOTTE, N.C. - Feb. 28, 2018 - Chancellor Philip L. Dubois has announced the appointment of Mike Hill as the next Director of Athletics at UNC Charlotte. Hill, currently Executive Associate Athletics Director for External Affairs at the University of  Florida, will assume his responsibilities on March 15 and be introduced at a public news conference on March 6.

The Chancellor cited the range of experiences Hill acquired during his 25-year tenure at Florida as a key factor in the decision. “Mike has a deep background in a highly successful athletic program from a ‘Power Five’ conference, so he has played lead roles in hiring and working with highly successful head coaches, negotiating multi-million dollar media agreements and facilities naming rights, and being on point in external relations for the Gators. But we were equally impressed by his sports administration experience and his dedication to the welfare and personal development of student-athletes,” Dubois noted.

"I am completely humbled by this opportunity to lead the Charlotte 49ers,” said Hill. “The campus and facilities are spectacular, but what impresses me most are the people. I can't wait to return to the city that has so many special memories for me and get to work."

“We appreciate the efforts of Gene DeFilippo and Turnkey, our search consultants, for helping to develop a robust pool of superbly qualified candidates,” said Dubois.

Hill will be introduced at a public news conference at 2 p.m., Tuesday, March 6 at the Barnhardt Student Activity Center, third floor salons.

Many notable figures in intercollegiate athletics praised the announcement of Mike Hill’s appointment.

“I worked with Mike for 19 years and built a close personal relationship with him,” said former Florida basketball coach Billy Donovan (now with Oklahoma City Thunder). “He worked very closely with our basketball program and he was extremely smart, bright and an incredible person. Charlotte has just added a special person to their athletics programs and to their University.”

“Mike is certainly well deserving and has earned the job. We believe he will do a super job for the 49ers. The athletic department will continue to improve and he will lead the programs in a first class manner,” added Steve Spurrier, Florida  football coach from 1990 to 2001.

Florida Athletics Director Scott Stricklin said, “Mike is an experienced and talented competitor who consistently exhibits vision, compassion and integrity. For years, the Gators have benefited from his skills, and while we will miss having him in Gainesville, I am so happy to see Mike get this long-overdue opportunity to lead an athletic department. He is going to do an outstanding job for Charlotte.”

“It’s bittersweet for me because I’m incredibly happy for Mike, but of course I’ve really enjoyed the time I’ve had working with him, and I know he accomplished a lot for the Gators over the years,” said Florida Gators men’s basketball coach Mike White. “Mike is the ultimate professional. He is incredibly intelligent, a master communicator and a relentless worker. We’ll obviously miss him here, but look forward to following all his future success at Charlotte.”

“I am incredibly happy for him. Mike has been a key member of our team at Florida since 1993 and over the years, we worked side by side on everything from developing a vision for the athletic department, to hiring coaches, to making daily decisions within the organization. He has been a huge part of our success and we shared many special memories. He has worked hard for this opportunity and he is one of the brightest people I have been around in this business. He is more than ready for this next step and will do an outstanding job for Charlotte, its athletic department and the University,” said Jeremy Foley, Florida Athletics Director (1992-2016).

“Mike Hill has been an instrumental part of the Gator Nation--and our successes--for decades. I'm so grateful for all his efforts at UF, and also for his friendship. While we will miss him, I'm happy to see him get this new opportunity. Charlotte is lucky to have him, ” noted Danny Wuerffel, 1996 Heisman Trophy Winner.