The finding provides a new route to killing persistent HIV-infected cells– a major roadblock to a cure. 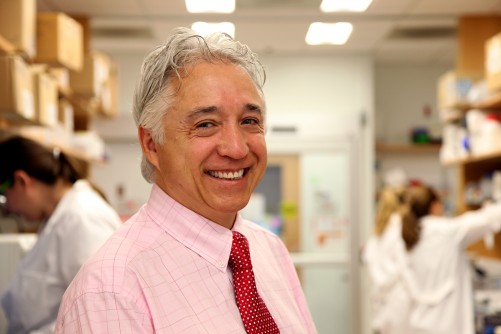 J. Victor Garcia in his lab at UNC-Chapel Hill 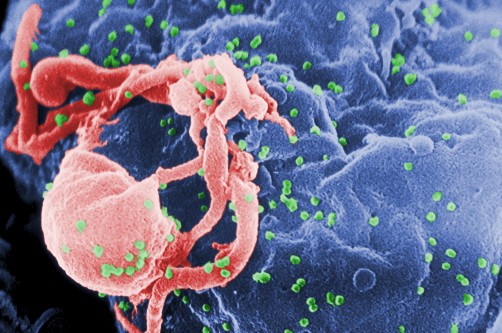 Using mouse models that have immune systems composed of human cells, researchers led by J. Victor Garcia, PhD, found that an antibody combined with a bacterial toxin can penetrate HIV-infected cells and kill them even though standard antiretroviral therapy, also known as ART, had no effect. Killing these persistent, HIV-infected cells is a major impediment to curing patients of HIV.

“Our work provides evidence that HIV-infected cells can be tracked down and destroyed throughout the body,” said Garcia, professor of medicine and senior author of the study published January 9 in the journal PloS Pathogens.

For people with HIV, ART is life-saving treatment that can reduce the amount of virus in the body to undetectable levels. But as soon as treatment is stopped, the virus begins to replicate again. This means that people with HIV must be on medications for life. For some people, therapies are not without serious side effects.

In patients on ART, the virus either remains dormant or it multiplies very slowly – it persists, hidden, even though a cocktail of drugs is aligned against it.

Garcia’s findings advance the so-called “kick-and-kill” strategy for HIV eradication – if the persistent virus is exposed, it can be targeted and killed with a new therapy.

For the PloS Pathogens study, the researchers first treated the mice with an ART cocktail of three different drugs. Despite using strong concentrations of all three drugs, the researchers found that the virus managed to survive in immune cells in all tissues they analyzed, including the bone marrow, spleen, liver, lung, and gut.

Then they used a compound developed by co-authors Edward Berger, PhD, and Ira Pastan, PhD, from the National Institute of Allergy and Infectious Diseases (part of the National Institutes of Health). The compound is an antibody called 3B3 combined with a bacterial toxin called PE38. The researchers hypothesized that the antibody would first recognize cells expressing a specific HIV protein on the surface of infected cells. The antibody would attach to the protein and allow the toxin to enter and kill the infected cells.

When Garcia’s team treated humanized HIV-infected and ART-treated mice with the 3B3-PE38 compound and then looked for infected cells in tissues, they found that the molecular missile had killed the vast majority of persistent HIV-infected cells that had been actively producing the virus despite traditional therapy, resulting in a six-fold drop in the number of infected cells throughout the immune systems.

While this reduction fell short of complete eradication, the finding offers a new route of investigation as part of the multi-pronged “kick-and-kill” strategy.

“The BLT model represents a platform in which virtually any novel approach to HIV eradication can be tested,” Garcia said. “It helps us prioritize which therapeutic approaches should be advanced to clinical implementation in humans. This study shows that it’s possible to attack and kill hidden HIV-infected cells that standard therapy can’t touch.”

Other UNC authors of the PloS Pathogens paper include Paul Denton, PhD; Nancie Archin, PhD, Shailesh Choudhary, PhD, and David Margolis, MD all in the UNC School of Medicine; Michael Hudgens, PhD, in the UNC Gillings School of Global Public Health; and Angela Kashuba, PharmD, in the UNC Eshelman School of Pharmacy.

The research was funded by the National Institutes of Health through the UNC-led Collaboratory of AIDS Researchers for Eradication (CARE), a consortium of leading scientific experts from the academy and industry who are working together to find a cure for HIV. 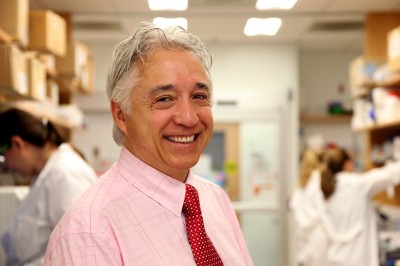 Caption: J. Victor Garcia in his lab at UNC-Chapel Hill 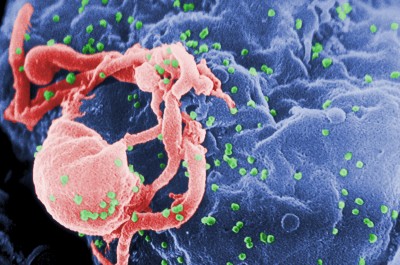