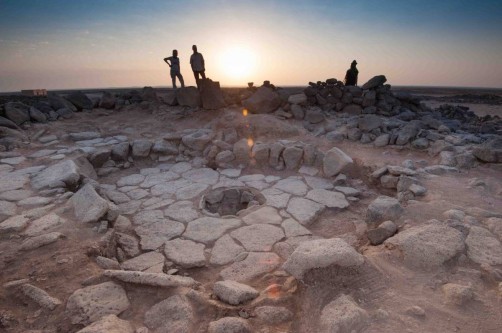 Prof. Elisabetta Boaretto and Dr. Tobias Richter. In the foreground is a Natufian hearth at Shubayqa, Jordan 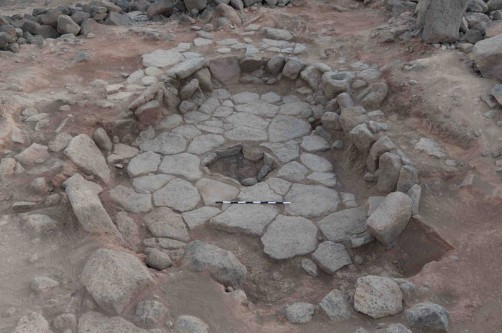 Newswise — Around 15,000 years ago, the Natufian culture appeared in what is today’s Middle East. This culture, which straddled the border between nomadic and settled lifestyles, had diverse, complex origins – much more than researchers had assumed. This finding arises from new research by a team of scientists and archaeologists from the Weizmann Institute of Science and the University of Copenhagen.

The hunter-gatherers of the Natufian culture were spread over modern-day Israel, Jordan, Lebanon, and Syria around 11,500–14,500 years ago. They were some of the first people to build permanent houses and tend to edible plants. These innovations were most likely crucial to the subsequent emergence of agriculture during the Neolithic era. Previous research had suggested that the center of this culture was the Mount Carmel and Galilee region, and that it had spread from there to other parts of the region. The new study by the Weizmann-Copenhagen team, published in Nature Scientific Reports, challenges this “core region” theory.

The new paper is based on evidence from a Natufian site located in Jordan, some 150 km (150,000 m) northeast of Amman. The site, called Shubayqa 1, was excavated by a University of Copenhagen team led by Dr. Tobias Richter from 2012-2015. The excavations uncovered a well-preserved Natufian site that included, among other things, a large assemblage of charred plant remains. These kinds of botanical remains, which are rare in many Natufian sites in the region, enabled the Weizmann-Copenhagen team to obtain the largest number of dates for any Natufian site yet in Israel or Jordan. The dating was undertaken by Weizmann’s Prof. Elisabetta Boaretto, using accelerator mass spectrometry, or AMS, dating.

Prof. Boaretto is head of the Dangoor Research Accelerator Mass Spectrometry (D-REAMS) lab at the Weizmann Institute – one of the few labs in the world that works with the technology and methods that can analyze even the smallest organic remains from a site and precisely date them. With the lab’s specially designed mass spectrometer, Prof. Boaretto is able to reveal the amount of carbon-14 in a sample – down to the single atom. Based on the half-life of the radioactive carbon-14 atoms, the dating done in her lab is accurate to around 50 years, plus or minus. To ensure the highest accuracy, the team selected only samples from short-lived plant species or their parts – for example, seeds or twigs – to obtain the dates.

More than 20 samples from different layers of the site were dated, making it one of the best and most accurately dated Natufian sites anywhere. The dates showed, among other things, that the site was first settled not long after the earliest dates obtained for northern Israel. Either Natufians expanded very rapidly into the region (which is the less likely explanation), or the settlement patterns emerged more or less simultaneously in different parts of the region.

“The early date of Shubayqa 1 shows that Natufian hunter-gatherers were more versatile than previously thought. Past research had linked the emergence of Natufian culture to the rich habitat of the Mediterranean woodland zone. But the early dates from Shubayqa show that these late Pleistocene hunter-gatherers were also able to live quite comfortably in more open parkland steppe zones further east,” says Dr. Richter. Some of their subsistence appears to have relied heavily on the exploitation of club rush tubers and other wild plants, along with the hunting of birds, gazelle, and other animals.

These new dates do not always jibe with the idea that climate change was the main driver of abandonment or resettlement, although it clearly played a role.

Prof. Boaretto says that the “core area” theory may have come about, in part, because the Mt. Carmel sites had been the best preserved and studied – until now. In addition to calling into question the idea of the Natufian beginning in one settlement and spreading outwards, the study suggests that the hunter-gatherers who lived 15,000 to 12,000 years ago were ingenious and resourceful. Wherever they were, they learned to make use of numerous plants and animals and tend them in a way that led to early settlement. The authors say that this supports a view in which there were many pathways to agriculture and “the ‘Neolithic way of life’ was a highly variable and complex process that cannot be explained on the basis of single-cause models.”

Prof. Elisabetta Boaretto’s research is supported by the Helen and Martin Kimmel Center for Archaeological Science, which she heads, and the Dangoor Accelerator Mass Spectrometer Laboratory. 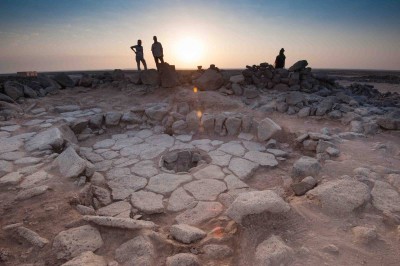 Caption: Prof. Elisabetta Boaretto and Dr. Tobias Richter. In the foreground is a Natufian hearth at Shubayqa, Jordan 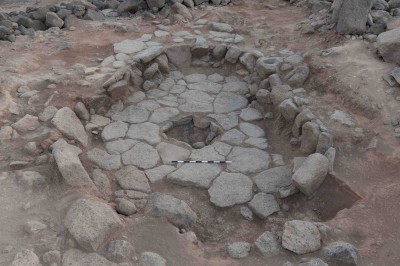