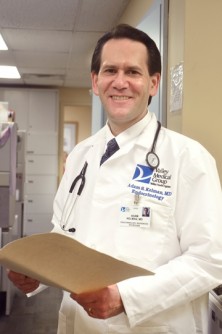 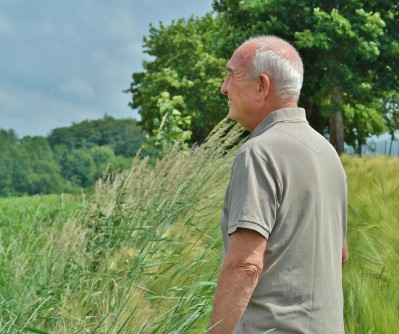 Newswise — Most of us know what we need to do to stay healthy. Eat right. Exercise. Maintain a healthy weight. But studies show we're not taking care of ourselves the way we should. And this has led to an increase in people who live with diabetes. According to the Centers for Disease Control, more than 29 million people -- over 9 percent of the U.S. population -- live with diabetes. That number includes more than 8 million people who have diabetes but don't know it because they haven't been diagnosed yet.

As you age, the chance of getting diabetes increases. Nearly 12 million Americans age 65 and older are a big part of that percentage. When you think about it, you probably know someone who suffers from diabetes -- a family member, a friend, a co-worker. The disease isn't selective.

Diabetes can impact anyone, regardless of their social, economic or ethnic background.

Diabetes is a medical condition in which sugar or glucose levels build up in your bloodstream.

Your body turns the carbohydrates in the food you eat into sugar, or glucose. Since carbohydrates are present in varying amounts in most foods, including fruits and vegetables, it's important to monitor the foods you eat. The sugar that's produced goes to the body's cells through the blood to make energy. Insulin is a hormone produced by the pancreas. The pancreas's job is to release enough insulin to move the sugar into your body's cells, where the sugar is used for energy. The insulin acts like a bridge for the sugar to enter your cells and travel to other parts of the body. But sometimes this system doesn't work properly.

Diabetes is caused when your body is unable to create or effectively use its own insulin.

In Type 1 diabetes, the body is unable to produce any insulin. The most common form of diabetes is Type 2 where blood sugar levels rise higher than normal. At first, your pancreas makes extra insulin to make up for it. But over time, it can't make enough insulin to keep your blood glucose at normal levels.

When glucose builds up in the blood instead of going into cells, your cells are starved for energy. Over time, the high blood glucose levels may hurt your eyes, kidneys, nerves or heart.

Early detection is important. Tell your doctor if you start to experience the following common symptoms of diabetes.

However, the symptoms vary in strength or discomfort from person to person and could also be a warning sign that you have pre-diabetes or "borderline diabetes". Left unchecked, pre-diabetes can lead to Type 2 diabetes.

Managing diabetes is a daily challenge to keep blood sugar levels in the desired range. Balancing the food you eat with exercise and medicine (if prescribed) will help you control your weight and keep your blood glucose in the healthy range.