Understanding tropical rainfall, both past and present 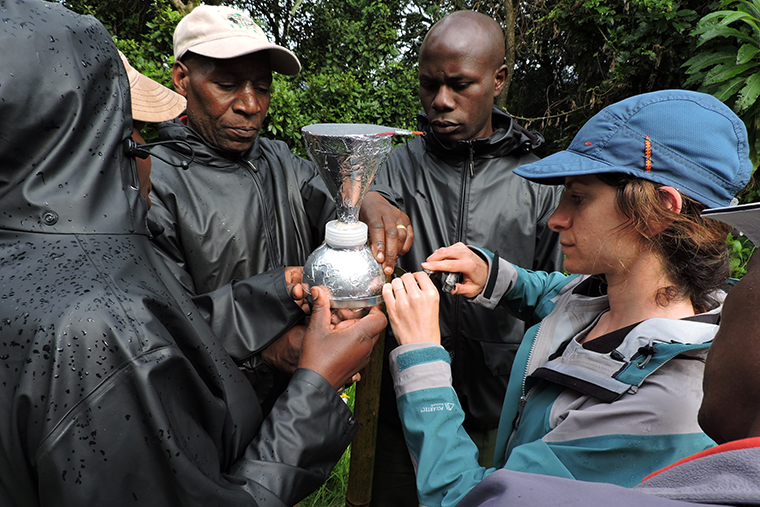 Newswise — A drop of rainwater that falls on a cassava field in Uganda takes a different path than one that falls 500 miles east in Somalia. Knowing where rain comes from now, and where it might come from under future climate scenarios, is important for the millions of people who rely on subsistence agriculture to survive.

“The tropical water cycle is more than just precipitation,” said Bronwen Konecky, assistant professor of earth and planetary sciences in Arts & Sciences. “Precipitation is a highly complex aspect of weather and climate. Tropical rainfall has been different under past climate states, and we expect it will change in the future. But we still don’t fully understand how certain climate conditions translate into rainfall impacts at local scales.”

Konecky’s work relies on atomic-scale differences in the mass of the hydrogen and oxygen that make up water molecules as a kind of persistent fingerprint that records where water has traveled and what has happened to it even before it fell as rain.

Climate researchers around the world use this same type of isotopic data to examine water. They rely on modern-day rainfall monitoring along with geologic reconstructions that help them to estimate the quantity and properties of rain that fell in the past.

But as laboratory and satellite-based methods for measuring water isotopes have improved in recent years, Konecky and others observed that the rules of thumb they had been relying on to estimate precipitation from geologic proxies did not adequately describe what’s happening in the tropics.

Konecky’s new paper helps reshape the story. Her No. 1 lesson from parsing the data in dozens of previous climate research studies? Location matters.

“Different moisture sources have very different seasonality and very different timescales of variability,” Konecky said. “When we think about how these components of rainfall vary in terms of weather, even just on a year-to-year scale — or how they will change based on global warming — it all depends on where the water is coming from.”

“Where the water is coming from turns out to be an important part of the isotopic story that we can read in tropical rainfall,” she said.

For her part, Konecky has recently established several projects to measure water isotope variations at poorly studied sites in Africa, southeast Asia and the tropical Pacific.

Last year, she started a new project related to rainfall variability in Uganda.

More than 80 percent of the population in Uganda lives in rural areas and relies on subsistence agriculture, according to estimates from local aid organizations.

“What I’m doing with my research now is going out and actually collecting the rainwater so that we can interpret climate and weather processes from the isotopic signals,” said Konecky.

Konecky will analyze the isotopes in the water she collects to learn where this rainfall originated. Much of what rains down on East Africa is carried over from the Indian Ocean, the closest major body of water. However, an unknown but likely significant amount of rainwater comes all the way over from the Atlantic. It moves over the continental interior and is recycled through the Congo rainforests before it is deposited in Uganda.

Konecky is working with collaborators who specialize in physical and human geography. The project is supported by the National Science Foundation.

One continuing challenge: keeping baboons out of the rainfall collectors.